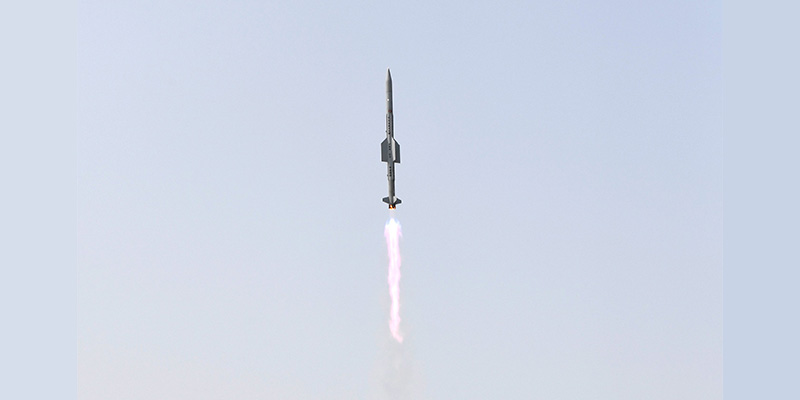 • The launches were carried out on February 22 from a static vertical launcher from Integrated Test Range (ITR), Chandipur off the coast of Odisha.

• Indigenously designed and developed by DRDO for the Indian Navy, VL-SRSAM is meant for neutralising various aerial threats at close ranges including sea-skimming targets.

• The current launches were carried out for demonstration of vertical launch capability as part of its maiden launch campaign.

• VL-SRSAM with Weapon Control System (WCS) were deployed during the trials. On both occasions, the missiles intercepted the simulated targets with pinpoint accuracy. The missiles were tested for minimum and maximum range.

• The present trials have proved the effectiveness of the weapon system and few more trials will be conducted shortly before deployment on Indian naval ships. Once deployed, the VL-SRSAM system will prove to be a force multiplier for the Indian Navy.

• DRDO is the research and development wing of the defence ministry. Its vision is to empower India with cutting-edge defence technologies and a mission to achieve self-reliance in critical defence technologies and systems, while equipping our armed forces with state-of-the-art weapon systems and equipment in accordance with the requirements laid down by the three services.

• DRDO was then a small organisation with 10 establishments or laboratories. Over the years, it has grown multi-directionally in terms of the variety of subject disciplines, number of laboratories, achievements and stature.

• Several major projects for the development of missiles, armaments, light combat aircrafts, radars, electronic warfare systems etc are on hand and significant achievements have already been made in several such technologies.