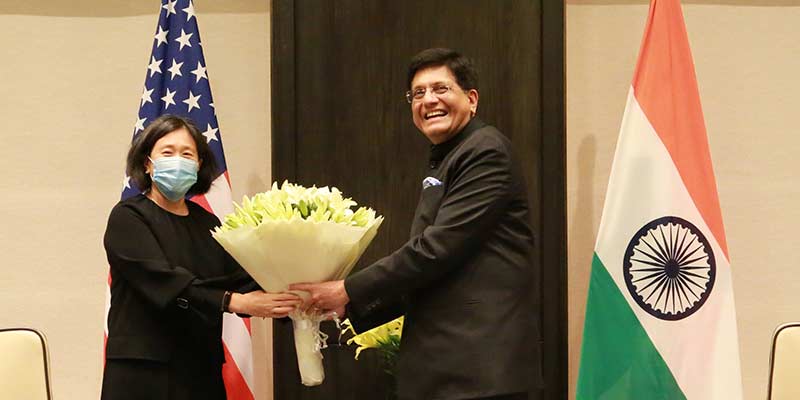 • India and the United States relaunched the Trade Policy Forum (TPF) and agreed to engage on issues which are affecting the trade between the two countries.

• The TPF was launched in 2005 and it is the premier bilateral forum for the discussion and resolution of trade and investment issues between the US and India.

• The ministers convened the TPF with a view to advancing the goal, announced by Indian Prime Minister Modi and US President Biden at their September 24, 2021 meeting, to “develop an ambitious, shared vision for the future of the trade relationship.”

• The bilateral commerce between India and the US is expected to cross $100 billion this year.

What is the role of USTR?

• The Office of the US Trade Representative (USTR) is responsible for developing and coordinating US international trade, commodity, and direct investment policy, and overseeing negotiations with other countries.

• The head of USTR is the US Trade Representative, a Cabinet member who serves as the President’s principal trade advisor, negotiator, and spokesperson on trade issues.

• USTR is part of the Executive Office of the President. Through an interagency structure, USTR coordinates trade policy, resolves disagreements, and frames issues for presidential decision.

• Ambassador Katherine Tai was sworn in as the 19th USTR in March 2021. 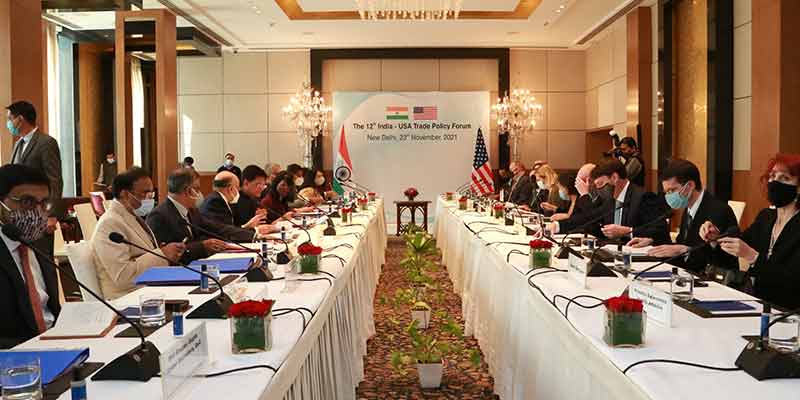 Highlights of the TPF:

• The ministers agreed that the TPF Working Groups on agriculture, non-agriculture goods, services, investment, and intellectual property should be re-activated in order to address issues of mutual concern on an ongoing basis.

• They acknowledged the significance of creating resilient and secure supply chains. In this context, they agreed that India and the US could, together with like-minded partners, take a leading role in developing secure supply chains in critical sectors of trade and technology.

• The two sides agreed on the importance of critical and emerging technologies in delivering economic growth and achieving shared strategic priorities, and took note of the work underway on these issues within the Quad framework.

• They discussed the importance of regular sharing of perspectives on issues, including cyberspace, semiconductors, AI, 5G, 6G and future generation telecommunications technology.

• They welcomed the agreement to finalise work on market access facilitation for mangoes and pomegranates, pomegranate arils from India, and cherries and alfalfa hay for animal feed from the US.

• India highlighted its interest in restoration of its beneficiary status under the US Generalised System of Preferences programme. The US noted that this could be considered, as warranted, in relation to the eligibility criteria determined by the US Congress.

• Both the ministers directed the TPF Working Groups to develop, by March 2022, plans of action for making substantive progress, including identification of a set of specific trade outcomes that could be finalised for an inter-sessional TPF meeting to be held by mid-2022.