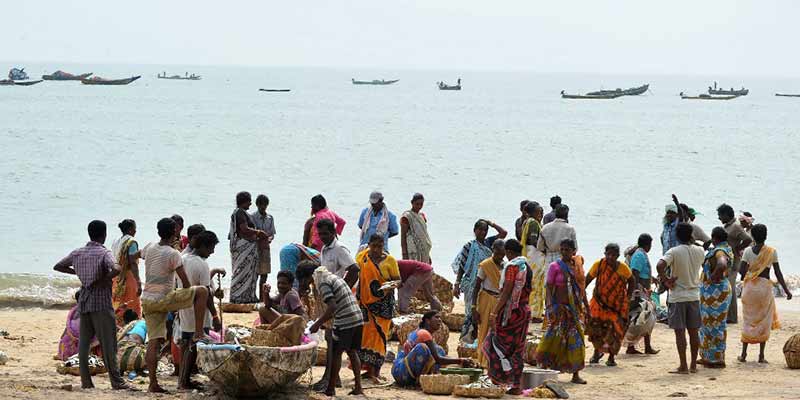 The ministry of earth sciences is finalising the ‘National Policy on Blue Economy’ for the country.

What is the blue economy?

• Every year, the ocean economy has an estimated turnover of between $3 and $6 trillion. This includes employment, ecosystem services provided by the ocean, and cultural services. It is also estimated that fisheries and aquaculture contribute $100 billion per year and about 260 million jobs to the global economy.

• The economic philosophy of the blue economy was first introduced in 1994 by Professor Gunter Pauli at the United Nations University (UNU) to reflect the needs of future growth and prosperity, along with the threats posed by global warming.

• The concept was based on developing more sustainable models of development including concepts of engineering based on “no waste and no emissions”. The blue economy assumed greater importance after the Third Earth Summit Conference — Rio+20 in 2012. The conference focused on expanding the concept of green economy to include the blue economy.

• The concept received a fillip when the United Nations’ Sustainable Development Goal 14 sought to “conserve and sustainably use the oceans, seas and marine resources for sustainable development” as a guiding principle for global governance and use of ocean resources.

• According to the World Bank, the blue economy is the “sustainable use of ocean resources for economic growth, improved livelihoods, and jobs while preserving the health of the ocean ecosystem”.

• Several countries have now evolved their own definitions and paradigms of the blue economy.

• It must be noted that value addition from the blue economy includes that from coastal manufacturing and services, maritime trade, shipping, offshore and coastal energy, deep sea minerals, aquaculture and fisheries, and marine-related technologies.

• A blue economy is a long-term strategy aimed at supporting sustainable economic growth through oceans-related sectors and activities, while improving human well-being and social equity and preserving the environment

• The world-over different national and global initiatives are being undertaken to harness the Blue Economy. Countries like Australia, Brazil, UK, US, Russia and Norway have developed dedicated national ocean policies with measurable outcomes and budgetary provisions. Countries like Canada and Australia have enacted legislation and established hierarchical institutions at federal and state levels to ensure progress and monitoring of blue economy targets.

• The size of the blue economy in India has conservatively been estimated to be about 4 per cent of Gross Domestic Product (GDP).

• India has a unique maritime position. Its 7,517 km long coastline is home to nine coastal states and 1,382 islands. The country has 12 major ports and 187 non-major ports, handling about 1,400 million tonnes of cargo every year, as 95 per cent of India’s trade by volume transits by sea.

• India’s Exclusive Economic Zone of over two million square kilometers is rich in living and non-living resources and holds significant recoverable resources of crude oil and of recoverable natural gas.

• The coastal economy also sustains over four million fishermen and other coastal communities. With these vast maritime interests, the blue economy in India has a vital relationship with the nation’s economic growth.

• India was among the first in the world to create a Department of Ocean Development in 1981, now the ministry of earth sciences (MoES).

• In the Indian context, the blue economy policy has to encompass many aspects.

• India should strive for efficient and sustainable utilisation of ocean resources and to integrate and boost ocean related capabilities, capacities and skills, with a view to accelerate employment and gross value addition, while safeguarding the environment and in harmony with the UN Sustainable Development Goals.

• For instance, it must include all aspects of off-shore sovereignty. It must include economically valuable resources in water, as well as on and under the sea beds, onshore infrastructure like sea ports, maritime routes connected with domestic and international trade, and offshore energy resources, be they fossil-based or renewable.

• It must envisage new and emerging marine technologies and latest developments in science. It must look at production of goods and services from fisheries, marine manufacturing, shipping, and tourism that is connected with the sea and the oceans.

• Other equally significant aspects that require inclusion in this policy are ocean governance, maritime security, sustainability concerns and adherence to international treaties and commitments.

• Keeping all these aspects in mind, India’s blue economy can be defined as a subset of the national economy comprising of the entire system of ocean resources and man-made economic infrastructure in marine, maritime and the onshore coastal zones within India’s legal jurisdiction, which aid in the production of goods and services and have clear linkages with economic growth, environmental sustainability and national security.

i) National accounting framework for the blue economy and ocean governance.

• An apex body called the National Blue Economy Council (NBEC) is proposed to be set up so as to bring all the existing expertise and schemes under one oversight agency for holistic planning and implementation.

• Mariculture is a subset of aquaculture and is the farming of marine organisms in salt water for food and other products such as pharmaceuticals and jewellery items like pearls. This is an important emerging subsector of the blue economy.

• Sagarmala will be a key to comprehensive port-led coastal development. To promote port-led industrialisation, the government has identified 12 major ports and 14 Coastal Employment Zones (CEZs) as part of the National Perspective Plan under the Sagarmala programme. Each CEZ comprises Coastal Economic Units (CEUs), with single or multiple industrial clusters where there will be manufacturing units.

• Development of road, rail and inland waterways infrastructure as last mile connectivity for ports is extremely important to achieve efficiency in logistics, time and costs.

• The extremely complex and strategic maritime sector has multiple stakeholders with conflicting interests. Therefore, a National Maritime Policy for integration and coordination within and between various stakeholders in central and state governments for more effective management of maritime regions, resources, economy, ecology and security is a necessity.

• It is important to develop a well calibrated approach towards the evolving global legal framework for ocean governance and to prepare a properly qualified and trained pool of negotiators for adequately defending Indian interests in the long run.

• Today, marine pollution is the greatest threat to the health of the oceans. About 80 per cent of marine pollution emanates from land based sources specially from coastal cities and communities. Therefore, it is the need of the hour to expand the approach and implementation of Swachh Bharat to the concept of ‘Swachh Prithvi, Swachh Sagar’. This will bring a unique and holistic vision to human and industrial waste management strategies especially in coastal areas achieving convergence between land and water based interventions.

• The blue economy holds the promise of being the next multiplier of economic growth and well-being, provided that the strategy places sustainability and socio-economic welfare at the centre stage. Therefore, the proposed roadmap for evolving a blue economy Policy would be a crucial step towards unlocking the potential of economic growth and welfare.

The importance of blue economy policy in India
COPY LINK