Govt extends tenure of ED director by one year 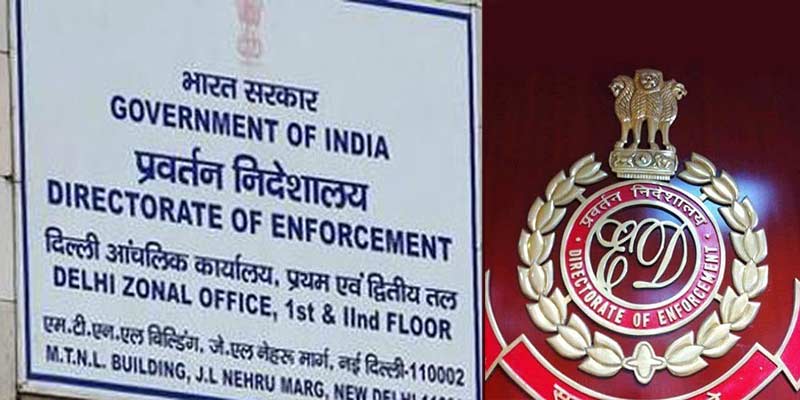 This is the third extension given to the officer.

The latest order issued by the personnel ministry said the 1984-batch Indian Revenue Service (IRS) officer will be in office till November 18, 2023.

Mishra, 62, was first appointed director of the Enforcement Directorate (ED) for a stipulated period of two years by an order on November 19, 2018.

Later, by an order dated November 13, 2020, the central government modified the appointment letter retrospectively and his two-year term was replaced by three years.

The government last year brought an ordinance mandating that the tenure of the directors of ED and Central Bureau of Investigation (CBI) can be extended by up to three years after the mandated term of two years.

• The ED functions under the Union finance ministry and it enforces the criminal provisions of the Prevention of Money Laundering Act (PMLA), the Fugitive Economic Offenders Act that was brought by the Modi government in 2018, and the civil sections of the Foreign Exchange Management Act (FEMA).

• The ED was first established in 1956 as ‘Enforcement Unit’ under department of economic affairs  for dealing cases of violations on exchange control laws under Foreign Exchange Regulation Act, 1947 (FERA).

• In 1957, this unit was renamed as ‘Enforcement Directorate’. The administrative control of ED was transferred from department of economic affairs to department of revenue in 1960.

• The ED is headed by the director, who is not below the rank of additional secretary to the government of India.

Functioning of the ED and Acts

• The primary function of the Enforcement Directorate is administration and enforcement of the Prevention of Money Laundering Act, 2002 (PMLA) including investigation into the offence of money laundering, filing of prosecution complaint before the special court against the accused, attachment and confiscation of property involved in money laundering and carrying out international cooperation with competent authorities in foreign jurisdictions.

• In certain cases, the fact that a predicate offence has taken place is also obtained from publicly available sources or on receipt of information from the Financial Intelligence Unit (FIU).

• On receipt of the reference or information and after making certain preliminary verification, the ED registers a case and initiates investigation (Enforcement Case Information Report or the ECIR) following a risk based approach taking into consideration factors such as materiality of the offence, transnational nature of the crime, complexity of the case, the larger public interest and the availability of resources.

• The ED is  entrusted with the implementation of the Foreign Exchange Management Act (FEMA) whose object is to consolidate and amend the law relating to foreign exchange for facilitating external trade and payments and for promoting the orderly development and maintenance of foreign exchange resources.

• The ED initiates investigations and issues Show Cause Notices (SCN) in cases where the allegations of contravention of provisions under FEMA are noticed. These SCNs upon adjudication result in imposition of penalty as well as confiscation of currency/property involved.

• The Enforcement Directorate has also recently been entrusted with the implementation of the Fugitive Economic Offenders Act, 2018 (FEOA).

• The FEOA provides for the measures to deter the fugitive economic offenders from evading the process of law in India by staying outside the jurisdiction of Indian courts and to preserve the sanctity of the rule of law in India.