Explainer / The role of black boxes in air crash investigation 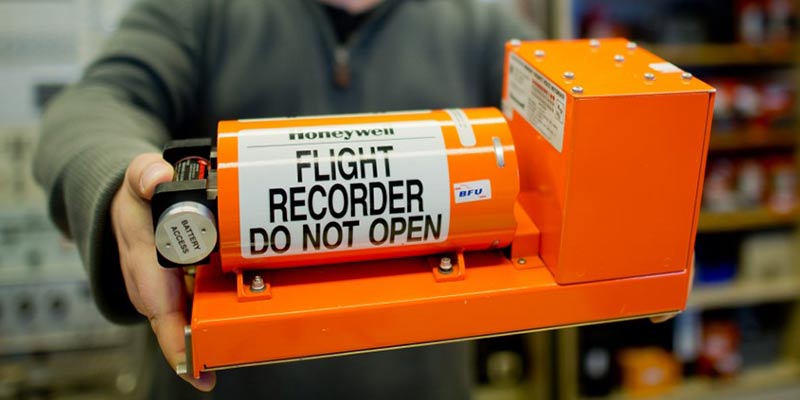 • Indonesia has deployed a remotely operated underwater vehicle to help divers search for the remains of victims and recover the flight recorders from a Sriwijaya Air Flight 182 that crashed into the sea on January 9 soon after takeoff.

• The Boeing 737-500 plane with 62 people on board plunged into the Java Sea on January 9, four minutes after taking off from Jakarta’s main airport.

• The Boeing 737-500 jet was headed on a domestic flight to Pontianak on Borneo island, about 740 km from Jakarta, before it disappeared from radar screens.

Investigators will rely heavily on the flight recorders

• Divers have narrowed down an area where they believe the flight recorders, known as black boxes, are believed to be but search efforts have been hindered by debris.

• More than 3,600 rescue personnel, 13 helicopters, 54 large ships and 20 small boats have joined the search that already has found parts of the plane and human remains in the water at a depth of 23 metres.

• A remotely operated underwater vehicle has been deployed to help scour the seabed, while navy vessels with sonar search from the surface. Once the flight data and cockpit voice recorders are found, Indonesia’s National Transportation Safety Committee (KNKT) expects to be able to read the information in three days.

• With few immediate clues on what caused a catastrophic loss of control after take-off, investigators will rely heavily on the flight recorders to determine what went wrong.

• The information contained in the black boxes will be key to learning what downed Flight 182. The devices detached from the tail of the aircraft when it crashed, and the search for them is concentrated between Lancang and Laki islands in the Thousand Island chain just north of Jakarta.

• When found, the devices will be handed to the National Transportation Safety Committee (KNKT), overseeing the crash investigation.

• Indonesia's KNKT said Singapore’s Transport Safety Investigation Bureau will help in searching for the black boxes and the United States National Transportation Safety Board will join in investigating the crash. 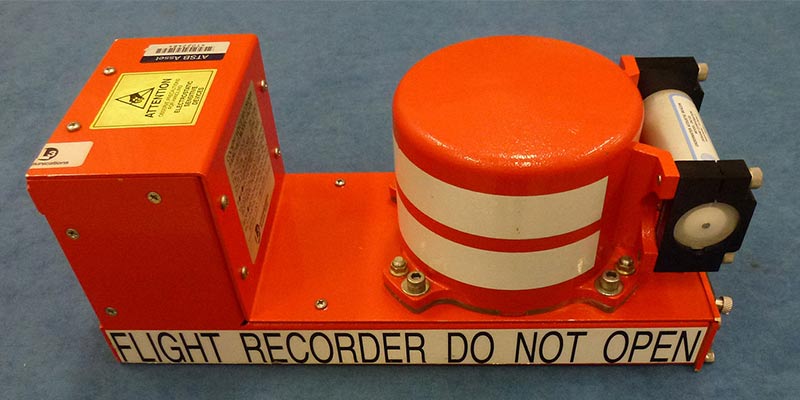 What are black boxes in an aircraft?

• Aircrafts are usually equipped with two black boxes that record information about a flight. Both recorders are installed to help reconstruct the events leading to an aircraft accident.

• One of these, the Cockpit Voice Recorder (CVR), records radio transmissions and sounds in the cockpit, such as the pilot’s voices and engine noises. The other, Flight Data Recorder (FDR), monitors parameters such as altitude, airspeed and heading. Both recorders are installed in the most crash survivable part of the aircraft, usually the tail section.

• They are not actually black, but high-visibility orange. Experts disagree about how the nickname originated, but it has become synonymous with the quest for answers after crashes. Many historians attribute their invention to Australian scientist David Warren in the 1950s.

What are the parts of a black box?

It weighs about 4.5 kg and contain four main elements:

• A metal chassis designed to hold the recorder and facilitate recording and playback.

• An underwater locator beacon to assist in locating in the event of an overwater accident. The device called a “pinger” is activated when the recorder is immersed in water.

• The core housing or ‘Crash Survivable Memory Unit’, made of stainless steel or titanium, and designed to withstand equivalent to 3,400 times that of gravity.

• The CVR records the flight crew’s voices as well as other sounds inside the cockpit. The recorder’s “cockpit area microphone” is usually located on the overhead instrument panel between the two pilots. Communications with Air Traffic Control, automated radio weather briefings and conversation between the pilots and ground or cabin crew are recorded.

• The FDR onboard the aircraft records many different operating conditions of the flight. It monitors many important parameters such as time, altitude, airspeed, heading and aircraft attitude. In addition, some FDRs can record the status of more than 1,000 other in-flight characteristics that can aid in the investigation. The items monitored can be anything from flap position to auto-pilot mode or even smoke alarms.

• Indonesia’s aviation record is one of the worst in Asia, with more civilian airliner passenger accidents since 1945 than any other country in the region. Past accidents have been attributed to poor pilot training, mechanical failures, air traffic control issues and poor aircraft maintenance.

• The disaster has reignited concerns about safety in Indonesia’s aviation industry, which grew fast after the economy was opened following the fall of dictator Suharto in the late 1990s.

• While experts say there have been many improvements in recent years, the latest crash has experts questioning the true progress of Indonesia’s aviation oversight and regulation.

• According to data from the Aviation Safety Network, Indonesia has had 104 civilian airliner accidents with over 1,300 related fatalities since 1945, ranking it as the most dangerous place to fly in Asia.

• The United States had banned Indonesian carriers from operating in the country in 2007, lifting the action in 2016, citing improvements in compliance with international aviation standards. The European Union lifted a similar ban in 2018.

• In 2018, as many as 189 passengers and crew were killed when a Lion Air Boeing 737 MAX plunged into the Java Sea soon after taking off.

• In the past year, Indonesian aviation was affected significantly by the coronavirus pandemic that caused travel restrictions and a slump in demand among travelers.

• Indonesia’s transport ministry said that the Sriwijaya Air jet that crashed into the sea had passed an airworthiness inspection last month. The plane, which had been grounded between March and December last year during the pandemic, passed an airworthiness inspection on December 14. The plane flew five days later with no passengers and then resumed commercial flights on December 22.