Astronomers discover one of the hottest planets 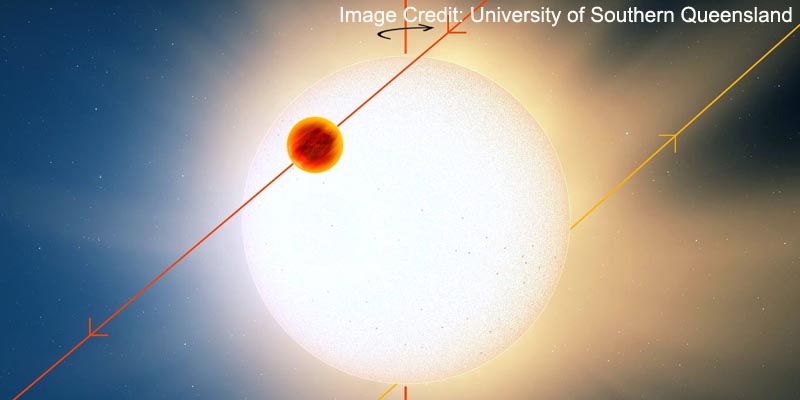 • Astronomers from the University of Southern Queensland, Australia recently discovered one of the hottest planets.

• With temperatures so hot that most metals would vaporise, they have called it the “Hell Planet”.

• TOI-1431b, also known as MASCARA-5b, is located about 490 light-years away from Earth, and is about one and a half times larger and just over three times more massive than Jupiter.

• It orbits closely around a relatively bright and very hot star roughly every two and a half days.

• TOI-1431b was first “sighted” by NASA’s Transiting Exoplanet Survey Satellite (TESS) as a planet candidate. Follow-up observations and study using Stellar Observation Network Group (SONG) telescope in the Canary Islands, along with observations on other telescopes around the world, have since helped confirm the planet’s existence.

• With dayside temperature of about 2,700°C (3000K) and nightside temperature approaching 2,300°C (2600K), no life could survive in its atmosphere, said a global team of astronomers led by Dr. Brett Addison.

• TOI-1431b was made even more unusual due to its retrograde orbit, astronomers said.

• TOI-1431b did not form that close to its star. It formed much further away and then migrated into this really tight orbit.

• These types of exceptionally hot planets, known as ultra-hot Jupiters, are quite rare.

• All the planets orbit in the same direction that the Sun rotates and they're all along the same plane. This new planet’s orbit is tilted so much that it is actually going in the opposite direction to the rotation of its host star.

• The discovery presents a great opportunity to study the atmospheres of these planets to understand how they form and migrate.

Astronomers discover one of the hottest planets
COPY LINK