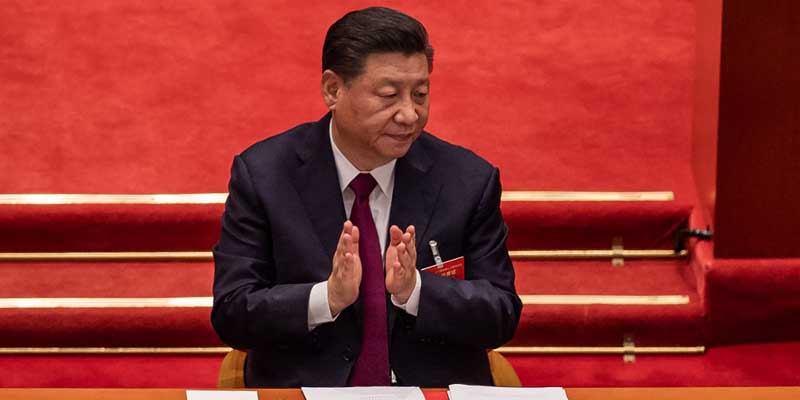 China passed Anti-Foreign Sanctions Law, providing a comprehensive legal cover for blocking foreign sanctions against Chinese officials and entities and protecting them against the long-arm jurisdiction, especially from the US.

The law was passed by the Standing Committee of the National People’s Congress (NPC), China’s national legislature.

Why did China bring in this new law?

• The law was passed in the backdrop of the US and EU countries slapping sanctions against a number of Chinese entities and officials over allegations of human rights violations against Uyghur Muslims in Xinjiang and the imposition of China’s national security law in Hong Kong.

• The sanctions were introduced as a coordinated effort by the European Union, UK, US and Canada. China responded with its own sanctions on European officials.

• The US government has been imposing sanctions on a growing number of Chinese entities such as high-tech firms Huawei and ZTE over the so-called national security risks, and sanctioned a number of senior Chinese officials.

• China speeded up plans for an anti-sanctions law after US President Joe Biden dashed Beijing’s hopes that he would adopt a softer policy stance towards Beijing.

• Beijing has accused the United States of suppressing Chinese firms and issued veiled threats of retaliation after Biden expanded a blacklist of companies in which Americans are not allowed to invest.

• China’s legal experts say the Anti-Foreign Sanctions Law, the first of its kind in China, will provide strong legal support and guarantees for the country against unilateral and discriminatory measures imposed by foreign countries.

• It will provide a legal framework for retaliation and allow Chinese firms to seek compensation over foreign sanctions.

• The new law sparked concerns among foreign companies over the lack of transparency around the legislative process and the potential impact on businesses in China, which analysts say will need to be wary of being linked to foreign entities under Chinese sanctions.

• China’s anti-sanctions law comes as Biden is pushing for a common approach to restrain China with allies in the Group of Seven (G7), which will meet in Britain this weekend.

• Beijing has not yet provided details of the law, but the move will be seen as a signal that it will not shy away from further confrontation with Washington.