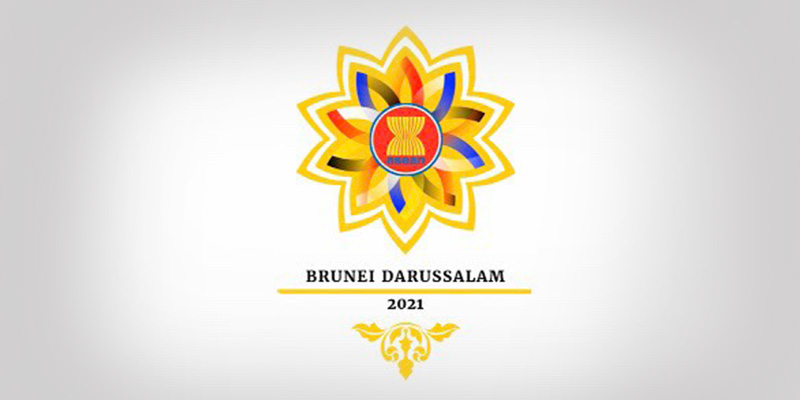 Southeast Asia’s foreign ministers decided not to invite Myanmar’s military leader to the annual summit of ASEAN scheduled to be held on October 26-28.

Why ASEAN took this move against Myanmar?

• ASEAN delivered an unprecedented snub to the military leader who led a coup against an elected civilian government in February.

• The decision to exclude Myanmar’s military leader is the boldest decision so far by ASEAN, which has been hamstrung by its bedrock policy of non-interference in the domestic affairs of member nations and its consensus decision-making.

• More than 1,000 civilians have been killed by Myanmar security forces with thousands of others arrested, according to the United Nations, amid a crackdown on strikes and protests which has derailed the country’s tentative democracy and prompted international condemnation.

• ASEAN has been under intense international pressure to take decisive action against member state Myanmar.

• ASEAN appointed Brunei’s Second Minister of Foreign Affairs Erywan Yusof in August as its special envoy to mediate in the crisis. However, he abruptly canceled his trip to Myanmar after being informed that he would not be able to meet deposed leader Aung San Suu Kyi and others as he wanted. Myanmar officials have said Erywan couldn’t meet with Suu Kyi because of criminal charges against her.

• Suu Kyi has been in detention since the army takeover, and is currently being tried on several charges.

• Australia, Canada, New Zealand, Norway, South Korea, the European Union, the US and the United Kingdom separately issued a joint statement of support for the ASEAN envoy.

• They urged Myanmar to engage constructively with Erywan and provide him access to all parties.

• The Association of Southeast Asian Nations (ASEAN) was established on August 8, 1967 in Bangkok by five countries —  Indonesia, Malaysia, Philippines, Singapore, and Thailand.

• Brunei Darussalam is the chair of ASEAN for 2021.

• The ASEAN Summit is the highest policy-making body in ASEAN comprising the heads of State or government of ASEAN member states. As per regular practice, the ASEAN Summit Meetings shall be held twice annually. The first ASEAN Summit was held in Bali, Indonesia on February 23-24, 1976.

The aims and purposes of ASEAN are:

• Accelerate the economic growth, social progress and cultural development in the region through joint endeavors in the spirit of equality and partnership in order to strengthen the foundation for a prosperous and peaceful community of Southeast Asian Nations.

• Promote regional peace and stability through abiding respect for justice and the rule of law in the relationship among countries of the region and adherence to the principles of the United Nations Charter.

• Provide assistance to each other in the form of training and research facilities in the educational, professional, technical and administrative spheres.

• Collaborate more effectively for the greater utilisation of their agriculture and industries, the expansion of their trade, including the study of the problems of international commodity trade, the improvement of their transportation and communications facilities and the raising of the living standards of their peoples.

• Maintain close and beneficial cooperation with existing international and regional organisations with similar aims and purposes, and explore all avenues for even closer cooperation among themselves.

ASEAN centrality has been, and will remain, an important aspect of India’s ‘Act East’ policy which is a central element in the country’s foreign policy.

The collaboration has transcended the realm of functional cooperation to cover political and security dimensions. India participates in a series of consultative meetings with ASEAN under the ASEAN-India Dialogue Relations, which include Summit, ministerial meetings, senior officials meetings, and meetings at experts level, as well as through dialogue and cooperation frameworks initiated by ASEAN, such as the ASEAN Regional Forum (ARF), the Post Ministerial Conference (PMC) 10+1, the East Asia Summit (EAS), Mekong-Ganga Cooperation and Bengal Initiative for Multisectoral Technical and Economic Cooperation (BIMSTEC), which help contribute to enhancing regional dialogue and accelerating regional integration.

The 17th ASEAN-India Summit was held virtually in November 2020. All ten ASEAN member states participated at the Summit. It reviewed the status of ASEAN-India Strategic Partnership and took stock of the progress made in key areas such as connectivity, maritime cooperation, trade and commerce, education and capacity building etc. The leaders discussed ways to further strengthen ASEAN-India engagement and in this context noted the adoption of ASEAN-India Plan of Action (2021-2025).

India’s bilateral trade with ASEAN economies is expected to reach $300 billion by 2025, and it is the fifth largest trading partner for India following North America, EU, North-East Asia and GCC-West Asia.

Investment flows are also substantial both ways, with ASEAN accounting for approximately 18.28 per cent of investment flows into India since 2000. FDI inflows into India from ASEAN between April 2000 to March 2018 was about $68.91 billion, while FDI outflows from India to ASEAN countries, from April 2007 to March 2015, as per data maintained by DEA, was about $38.672 billion.

The ASEAN-India Free Trade Area has been completed with the entering into force of the ASEAN-India Agreements on Trade in Service and Investments on July 1, 2015.