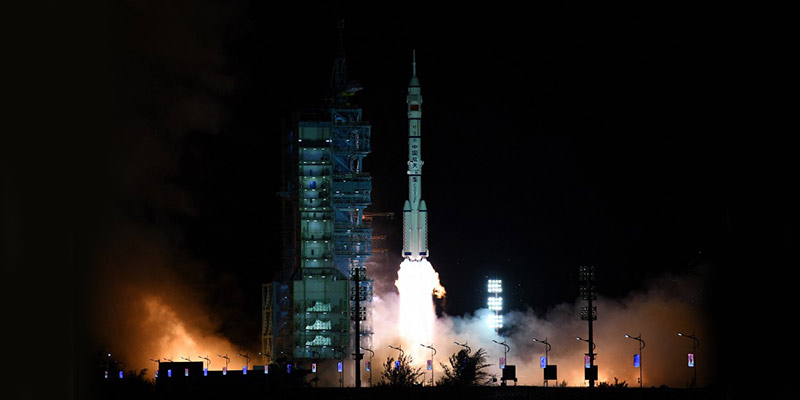 • China launched a rocket on October 16 carrying three astronauts — two men and one woman — to the core module of a future space station where they will live and work for six months, the longest orbit for Chinese astronauts.

• The three astronauts — Zhai Zhigang, Wang Yaping, Ye Guangfu — successfully docked with the under-construction space station, which is composed of the core module Tianhe and the cargo crafts Tianzhou-2 and Tianzhou-3.

• They will stay in the space station for six months to complete its construction — the longest manned mission in China's history.

• China began constructing the space station in April with the launch of Tianhe — the first and largest of the station’s three modules.

• Shenzhou-13 is the second of four crewed missions needed to complete the space station by the end of 2022.

• Earlier, three other astronauts Nie Haisheng, Liu Boming and Tang Hongbo returned to earth on September 17 after a successful three-month stay in the space station module during which they carried out several tasks to build it.

• The space agency will have another spacecraft on standby for launch at short notice in case of an emergency at Tiangong.

• In addition to doing hundreds of aerospace medicine and physics experiments during their stay, the astronauts will also do two to three spacewalks and install new robotic arms to help with future construction operations.

• Billed as the most prestigious and strategically important space project for China after the country’s recent Mars and previous Moon missions, the low orbit space station would be the country’s eye from the sky, providing round the clock bird’s-eye view on the rest of the world.

• The space station is expected to be ready by next year.

• Once ready, China will be the only country to own a space station while the International Space Station (ISS) is a collaborative project of several countries. It is expected to be a competitor to the ISS and perhaps may become a sole space station to remain in orbit once the ISS retires.

• China is building the space station by sending a series of space missions including the cargo craft, which docked with the Tianhe core cabin module.

• Once ready, the station is also expected to be opened for China’s close allies and for other international space cooperation partners.

• The new space station will operate in low-Earth orbit at an altitude of 340-450 km above Earth’s surface for more than 10 years. The T-shape station has one core module at the centre and a lab capsule on each side. Each of the modules will weigh over 20 tonnes, with the total mass of the station expected to weigh about 66 tonnes. 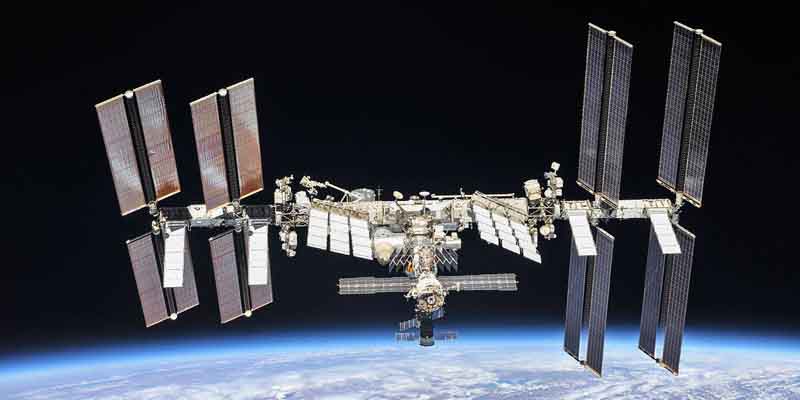 • The International Space Station weighs almost 400 tonnes and covers an area as big as a football pitch.

• It would have been impossible to build the Space Station on Earth and then launch it into space in one go. There was no rocket big enough or powerful enough. To get round this problem the ISS was taken into space piece-by-piece and gradually built in orbit, approximately 400 km above the Earth’s surface. This assembly required more than 40 missions.

• The first piece of the ISS was launched in 1998. A Russian rocket launched that piece. After that, more pieces were added. Two years later, the station was ready for people.

• The first crew arrived on November 2, 2000. People have lived on the space station ever since.

• Over time, more pieces have been added. NASA and its partners around the world finished the space station in 2011.

• The ISS is the ninth space station to be inhabited by crews, following the Soviet and later Russian Salyut, Almaz, and Mir stations as well as Skylab from the US.