Explainer / Special Procedures of the UNHRC 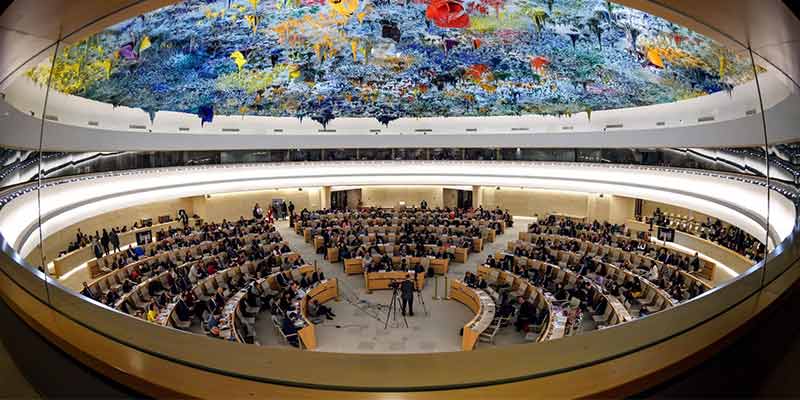 • In its 34th special session on May 12, the UN Human Rights Council adopted a resolution on the deteriorating human rights situation in Ukraine stemming from the Russian aggression.

• The Council reiterated its demand for an immediate cessation of military hostilities against Ukraine and requested the Independent International Commission of Inquiry to conduct an inquiry, consistent with its mandate and international standards, and in coordination with other national and international mechanisms, to address the events in the areas of Kyiv, Chernihiv, Kharkiv and Sumy regions.

• The resolution was adopted by a vote of 33 in favour, two against and 12 abstentions. India abstained from the voting on the resolution.

• Since the beginning of the Ukraine war, UN-appointed independent rights experts known as Special Procedures have highlighted deep concerns over violations of international humanitarian and international human rights law, including the UN Charter. These include an alert over the apparent ill-treatment of some of the hundreds of thousands of migrant workers and foreign nationals in Ukraine.

• The Special Procedures of the Human Rights Council are independent human rights experts with mandates to report and advise on human rights from a thematic or country-specific perspective.

• They are non-paid and elected for 3-year mandates that can be reconducted for another three years.

With the support of the Office of the United Nations High Commissioner for Human Rights (OHCHR), special procedures:

ii) Act on individual cases of reported violations and concerns of a broader nature by sending communications to States and others.

iii) Contribute to the development of international human rights standards.