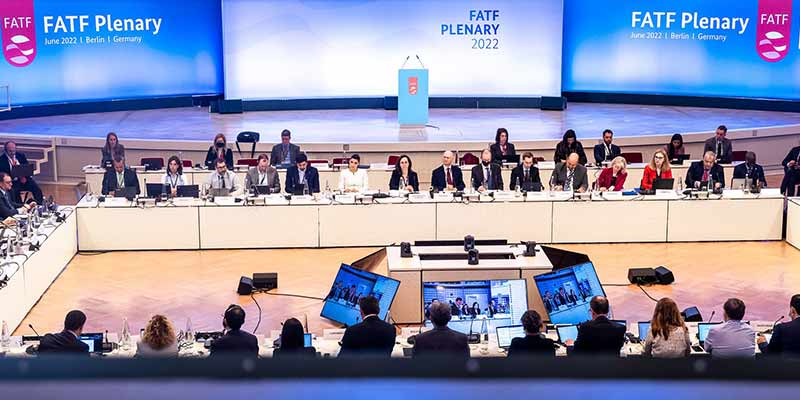 • The Financial Action Task Force (FATF) has added Gibraltar to its “Grey List” and removed Malta from it.

• The British Overseas Territory of Gibraltar, home to many online gambling companies, lies on the southern tip of Spain and is known by many in Britain as “The Rock” due to its geographical features.

• The June 2022 plenary session of the FATF was held in Berlin. Delegates from over 200 jurisdictions of the Global Network participated in these discussions.

• The global money-laundering and terror-financing watchdog said Pakistan will continue to be on the Grey List.

What is the FATF?

• The FATF is an inter-governmental body established in 1989 by the ministers of its member jurisdictions.

• The objectives of the FATF are to set standards and promote effective implementation of legal, regulatory and operational measures for combating money laundering, terrorist financing and other related threats to the integrity of the international financial system.

• The FATF is a policymaking body that works to generate the necessary political will to bring about national legislative and regulatory reforms in these areas.

• The FATF currently has 39 members including two regional organisations — the European Commission and Gulf Cooperation Council.

• India is a member of the FATF consultations and its Asia Pacific Group.

The FATF has two types of lists:

• High-risk jurisdictions have significant strategic deficiencies in their regimes to counter money laundering, terrorist financing, and financing of proliferation.

• For all countries identified as high-risk, the FATF calls on all members and urges all jurisdictions to apply enhanced due diligence, and, in the most serious cases, countries are called upon to apply counter-measures to protect the international financial system from the money laundering,  terrorist financing, and proliferation financing risks emanating from the country.

• Iran and North Korea are on the FATF ‘Black List’.

• Countries that are considered as safe havens for supporting terror funding and money laundering are included in the “Grey List”.

• Jurisdictions under increased monitoring are actively working with the FATF to address strategic deficiencies in their regimes to counter money laundering, terrorist financing, and proliferation financing.

• The FATF and FATF-style regional bodies (FSRBs) continue to work with the jurisdictions below as they report on the progress achieved in addressing their strategic deficiencies.

• The FATF calls on these jurisdictions to complete their action plans expeditiously and within the agreed timeframes.

• Pakistan has been on the Grey List of FATF since June 2018 for failing to check money laundering, leading to terror financing, and was given a plan of action to complete it by October 2019.

• Since then, the country continues to be on that list due to its failure to comply with the FATF mandates.

• Pakistan may be removed from the Grey List after an on-site visit to verify the implementation of its reforms on countering terror-financing mechanisms.

• The FATF made the initial determination that Pakistan has substantially completed its two action plans, covering 34 items, and warrants an on-site visit to verify that the implementation of Pakistan’s AML (anti-money laundering) and CFT (combatting the financing of terrorism) reforms has begun and is being sustained and that the necessary political commitment remains in place to sustain implementation and improvement in the future.