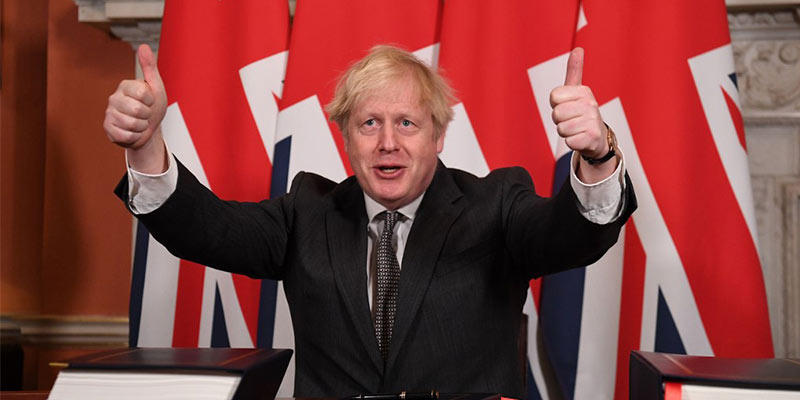 • Britain left the European blocs vast single market for people, goods and services on December 31 completing the biggest single economic change the country has experienced since World War II. A new UK-EU trade deal will bring its own restrictions and red tape, but for British Brexit supporters, it means reclaiming national independence from the EU and its web of rules.

• Brexit, in essence, took place at the strike of midnight in Brussels, when the United Kingdom ended the de facto membership, known as the transition period, which lasted 11 months after it formally left on January 31.

• Prime Minister Boris Johnson, whose support for Brexit helped push the country out of the EU, said it was “an amazing moment for this country”.

• In the June 23, 2016, referendum, 17.4 million voters (52 per cent), backed Brexit while 16.1 million (48 per cent), backed staying in the bloc it had joined in 1973. Few have changed their minds since. England and Wales voted out but Scotland and Northern Ireland voted in. The referendum showed a United Kingdom divided about much more than the European Union.

• Supporters see Brexit as an escape from “a doomed Franco-German project” that has stagnated while the United States and China surged ahead. Opponents say Brexit will weaken the West, further reduce Britain’s  global clout, make people poorer and lessen its cosmopolitanism.

• On December 30, British lawmakers approved PM Johnson’s post-Brexit trade deal with the European Union, as both sides looked to begin a new chapter of relations just days before their divorce became a reality.

• Parliament’s lower house voted 521 to 73 in favour of the deal. Britain’s Queen Elizabeth gave final approval to the legislation which enabled the government to implement and ratify the UK’s trade deal with the EU. 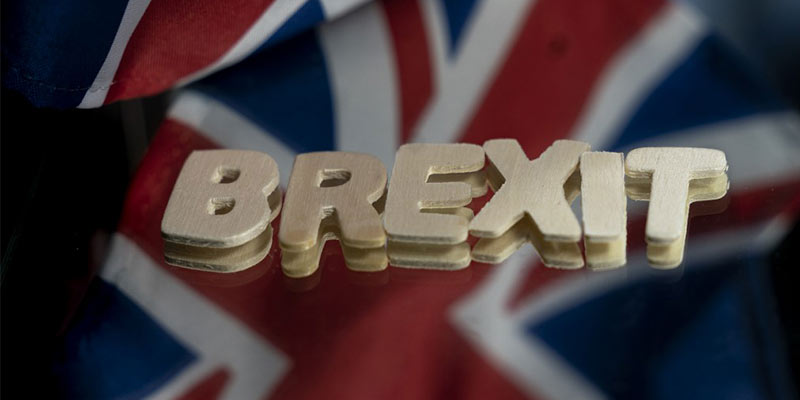 • Britain is a financial and diplomatic big-hitter and a major NATO power with a permanent seat on the UN Security Council and in the G7 grouping of the world’s richest economies. The EU has now lost 66 million people and an economy worth $2.85 trillion.

• A free trade agreement sealed on Christmas Eve after months of tense negotiations ensures that Britain and the 27-nation EU can continue to buy and sell goods without tariffs or quotas. That should help protect the $894 billion in annual trade between the two sides, and the hundreds of thousands of jobs that rely on it.

• But companies face sheaves of new costs and paperwork, including customs declarations and border checks. Traders are struggling to digest the new rules imposed by a trade deal that was agreed just a week before split.

• Customs border checks return for the first time in decades, and despite the free trade deal allowing Britain continued access to Europe’s nearly 450 million consumers, queues and disruption from additional paperwork are expected.

• The English Channel port of Dover and the Eurotunnel passenger and freight route braced for delays as the new measures were introduced, though the coronavirus pandemic and a holiday weekend meant cross-Channel traffic was light, with only a trickle of trucks arriving at French border posts in Calais as 2020 ended.

• The services sector, which makes up 80 per cent of Britain’s economy, does not even know what the rules will be for business with the EU in 2021 — many of the details have yet to be hammered out. Months and years of further discussion and argument over everything from fair competition to fish quotas lie ahead as Britain and the EU settle into their new relationship as friends, neighbours and rivals.

• Hundreds of millions of individuals in Britain and the bloc also face changes to their daily lives. Britons and EU citizens have lost the automatic right to live and work in the other’s territory. From now on, they will have to follow immigration rules and obtain work visas.

• Northern Ireland’s border with EU member state Ireland will be closely watched to ensure movement is unrestricted — a key plank of a 1998 peace deal that ended 30 years of violence over British rule.

• In pro-EU Scotland, where Brexit has given a boost to calls for a new vote on independence, Johnson faces a potential constitutional headache.

• Support for Scottish independence has risen, partly due to Brexit and partly due to COVID-19, threatening the 300-year-old political union between England and Scotland. Scottish leader Nicola Sturgeon has said an independence referendum should take place in the earlier part of the devolved parliament's next term.

• Indian PM Narendra Modi and his British counterpart have reiterated their shared desire to impart a quantum jump to the India-UK partnership in the post-Brexit era, and agreed that there was tremendous potential for enhancing collaboration in trade and investment, scientific research, mobility of professionals and students, defence and security.

• In the wake of Brexit, the UK has been looking at ramping up trade cooperation with leading economies like India. British PM will visit India to attend the Republic Day celebrations as the chief guest.

• Two weeks ago, UK Foreign Secretary Dominic Raab held discussions with Minister of External Affairs S.Jaishankar, during which the two sides agreed on the key elements of an ambitious 10-year roadmap to further broaden ties, and also boost strategic cooperation in the Indo-Pacific region.

• Experts say that the UK leaving the single European Union market would have no adverse impact on India’s information technology and pharmaceutical companies and it would be business as usual for them post-Brexit. There won’t be any material impact because the UK already has a good visa regime for Indian techies, they said.