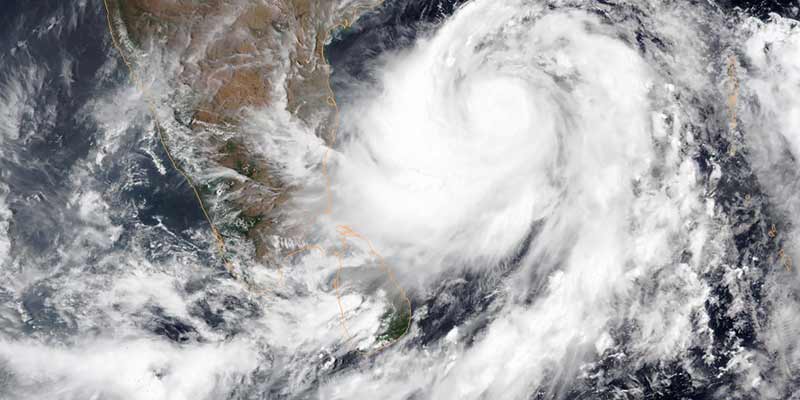 What is a tropical cyclone?

A tropical cyclone is a rotational low-pressure system in tropics when the central pressure falls by 5 to 6 hPa (hectopascals) from the surrounding and maximum sustained wind speed reaches 34 knots (about 62 kmph).

The word cyclone has been derived from Greek word ‘cyclos’ which means ‘coiling of a snake’. The word cyclone was coined by Henry Piddington who worked as a rapporteur in Kolkata during British rule.

Tropical cyclones are called hurricanes over the Atlantic Ocean and typhoons over the Pacific Ocean.

Tropical cyclones are named to provide easy communication between forecasters and the public regarding forecasts, watches and warnings. Since the storms can often last a week or longer and that more than one can be occurring in the same basin at the same time, names can reduce the confusion about what storm is being described.

Each tropical cyclone basin in the world has its own rotating list of names. For cyclones in the Bay of Bengal and Arabian Sea, the naming system was agreed by countries of a group called World Meteorological Organisation/Economic and Social Commission for Asia and the Pacific (WMO/ESCAP) and took effect in 2004.

The earlier list of names for cyclones will exhaust after one more cyclone develops in the north Indian Ocean, Bay of Bengal or the Arabian Sea.

The next cyclone will be christened ‘Amphan’, a name proposed by Thailand, which is also the last in the 2004 list.

This could perhaps be in the Bay of Bengal as a low pressure area is expected to develop in the south Andaman Sea.

In 2018, a new panel was set up to coordinate and decide names for future cyclones, Mrutunjay Mohapatra, the director general of the IMD, said.

He was appointed as the rapporteur for the process by the World Meteorological Organisation (WMO).

He said since the Arabian Sea, the Bay of Bengal and the north Indian Ocean witness five cyclones a year, the list could last for the next 25 years.

The naming helps in rapidly and effectively disseminating warnings to a much wider audience, he said.

Every country has given 13 names. Among the new names that have been finalised are ‘Arnab’, proposed by Bangladesh, Shaheen by Qatar and Lulu by Pakistan, Pinku by Myanmar, Bahar by Qatar.

The Indian names were selected by a panel within the IMD which had also sought suggestions from the public.

According to the guidelines, the proposed names should be neutral to politics, political figures, religious beliefs, cultures and gender. The name should be chosen in such a way that it does not hurt the sentiments of any group of population over the globe. Plus, it should not be “very rude and cruel” in nature and easy to pronounce. More importantly, it should not be offensive to any member, it said.