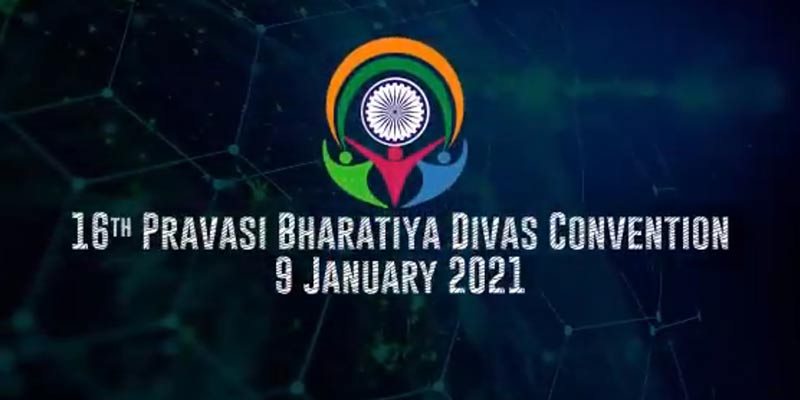 • The 16th edition of the Pravasi Bharatiya Divas (PBD) was inaugurated by PM Narendra Modi on January 9 in New Delhi. The theme of the convention, aimed at encouraging Indian diaspora to be a part of socio-economic development in India, was ‘Contributing to Atmanirbhar Bharat’.

What is Pravasi Bharatiya Divas?

• Pravasi Bharatiya Divas (PBD) is celebrated on January 9 to mark the contribution of Overseas Indian community in the development of India. The day also commemorates the return of Mahatma Gandhi from South Africa in 1915.

• Pravasi Bharatiya Divas is celebrated once in every two years to strengthen the engagement of the overseas Indian community with the government of India and reconnect them with their roots in India.

• Earlier, Pravasi Bharatiya Divas conventions were held every year. Since 2015, its format has been revised to celebrate the PBD once every two years and to hold theme-based PBD conferences with participation from overseas diaspora experts, policy makers and stakeholders. These conventions are also very useful in networking among the overseas Indian community residing in various parts of the world and enable them to share their experiences in various fields.

• During the convention, selected overseas Indians are honoured with prestigious Pravasi Bharatiya Samman Awards, to recognise their contribution in various fields both in India and abroad.

• The Pravasi Bharatiya Samman Award is the highest honour conferred by the president on a non-resident Indian, Person of Indian Origin (PIO) or an organisation or institution established and run by non-resident Indians or PIO, who have made significant contributions in better understanding of India abroad, support India’s causes and concerns in a tangible way, community work abroad, welfare of local Indian community, philanthropic and charitable work.

• A committee with Vice-President Venkaiah Naidu as the chairman and Minister of External Affairs S.Jaishankar as the vice-chair and other members from various walks of life considered the nominations for the Pravasi Bharatiya Samman Awards, 2021 and unanimously selected the awardees.