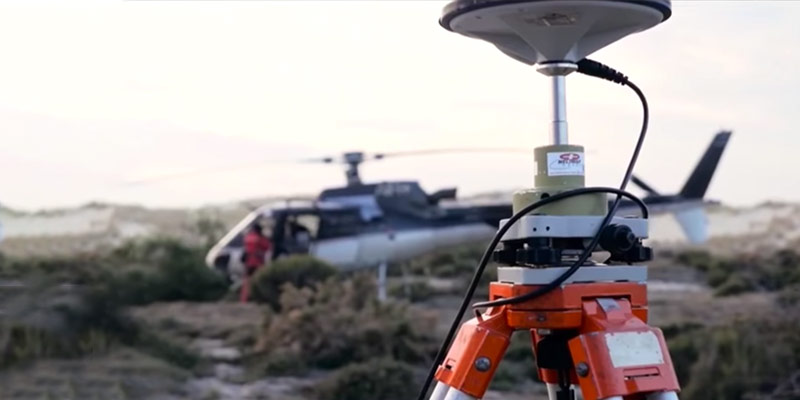 • The LiDAR survey for Delhi-Varanasi High Speed Rail Corridor started from Greater Noida where a Helicopter fitted with state of art Aerial LiDAR and Imagery sensors took the first flight and captured the data related to ground survey.

• The ground survey is a crucial activity for any linear infrastructure project as the survey provides accurate details of areas around the alignment. This technique uses a combination of Laser data, GPS data, flight parameters and actual photographs to give accurate survey data.

• During the Aerial LiDAR survey, 300 mtrs (150 mtrs on either side) of area around the proposed alignment is being captured for the survey purpose.

• After the collection of data, Three Dimensional (3D) Topographical map of 50 mtrs corridor on either side of the proposed alignment on a scale of 1:2500 will be available for designing of the vertical & horizontal alignment, structures, location of the stations and depots, Land requirement for the corridor, identification of project affected plots/structures, Right of Way etc.

• To provide clear pictures of the structures, trees and other minute ground details,60 megapixel cameras are being used for the LiDAR survey.

• NHSRCL has been entrusted to prepare the Detailed Project Reports for seven (7) High Speed Rail Corridors and LiDAR survey technique will be used for ground survey in all the corridors.

National High-Speed Rail Corporation Limited (NHSRCL) was incorporated on 12th February 2016 under the Companies Act, 2013 with an objective to finance, construct, maintain and manage the High Speed Rail Corridor in India. The Company has been modelled as ‘Special Purpose Vehicle’ in the joint sector with equity participation by Central Government through Ministry of Railways and two State Governments viz. Government of Gujarat and Government of Maharashtra.

The project would also boost the infrastructure and add to the growth of economy. HSR would be an integrated system having overall optimization of various components, viz. Hardware, Software, Human-ware, and their interface, etc.