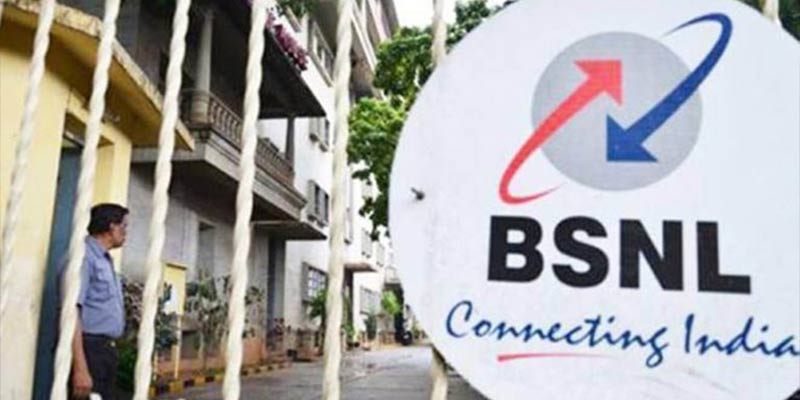 BSNL’s growth in income and ability to contain expenditure in salary, administrative, employee remuneration and other benefits, helped in turning EBITDA positive in 2020-2021. Put simply, Earnings before Interest, Taxes, Depreciation and Amortisation or EBITDA is a measure of a company's operational performance.

• Government of India was committed to revive BSNL for public service and fairness and granted package to support the PSU, called for a lot of discussions and debates in both houses of the Parliament.

• According to Department of Telecommunications (DoT) sources, both organizations are expected to reduce their losses by 50% when compared to 2019-20.

• The reasons for better performance include a sharp reduction in wage bill due to Voluntary Retirement Scheme (VRS) (nearly 50% workforce of BSNL and 75% of MTNL was reduced).

• Equally important, BSNL was able to maintain their revenue and cut down on other costs.

• BSNL is also rapidly expanding its Fiber-To-The Home (FTTH) connections and the progress is being closely monitored by DoT.

• In the mobile segment, market share has increased to 10.36% in October, 2020 as per figures published by TRAI.

• BSNL added over 10 million new customers during this financial year in mobile segment.

• Earlier, Union Cabinet had approved the revival package for BSNL/ MTNL in October, 2019 which, inter-alia, included VRS, support for 4G spectrum, monetization of core and non-core assets, Sovereign Guarantee for Bonds to be raised by the PSUs and merger of MTNL and BSNL in the short run.

• BSNL and MTNL have very successfully raised money from the bond route.

• Further, sovereign guarantee of ₹15,000 crore has been extended to BSNL/MTNL. They have raised funds from market to restructure existing high-cost debt.

• According to DoT sources MTNL/ BSNL have been able to monetize core and non-core assets totaling Rs.1830 crores in 2019-20.  This figure is expected to be in excess of Rs. 3000 crores in the current year.

• BSNL is monetising its tower assets by leasing out its towers. It earned Rs. 1018 Cr. in the previous year and has planned to securitize the earnings from tower rentals.

• BSNL towers have unique preposition of fiber connection in more than 70% which make them highly attractive for Telecom Service Providers. It has leased out 2 lac kilometres of OFC at the rate of Rs. 18000 per Km. per year earning a revenue of Rs. 360 Cr

• It will be recalled that the Indian mobile communication market now has only 4 players of which 3 are in the private sector and the fourth is the BSNL/MTNL combine.

• In the wireline or land line segment, BSNL/MTNL still has about 50% of the share with considerable network across the country.  The PSUs are hopeful of leveraging this strength by offering the services on fiber and linking this with FTTH connections.