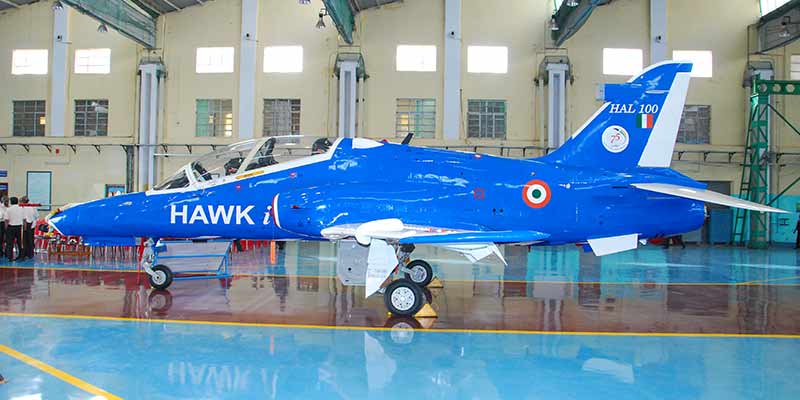 • In yet another milestone, DRDO successfully conducted captive and release trial of indigenously developed Smart Anti-Airfield Weapon (SAAW) from Hawk-I of Hindustan Aeronautics Limited (HAL) off the Odisha coast.

• The smart weapon was successfully test fired from Indian Hawk-Mk132 of HAL.

• While earlier tests have been conducted from Jaguar, this time HAL Hawk-1 was used, thus expanding the operating scope of weapons system.

• This was the 9th successful mission of SAAW conducted by DRDO till now. It was a text book launch, which met all mission objectives.

• This is 125 Kg class smart weapon, capable of engaging ground enemy airfield assets such as radars, bunkers, taxi tracks, and runways etc. up to a range of 100 kms.

• The high precision guided bomb is light weight as compared to weapon system of the same class. The weapon was earlier successfully test fired from Jaguar aircraft.

• The system belongs to the glide bomb category and the weapon is designed to strike ground targets, especially adversary airfield infrastructure or similar strategically important installations.

• The test of SAAW comes a month after another weapon system designed to target enemy radar and communication assets, Rudram, was tested in October last year.

• Rudram, India’s first indigenous anti-radiation missile developed for the Air Force (IAF), was successfully flight tested from a Sukhoi-30 MKI fighter in October, amidst a flurry of missile tests conducted by the DRDO.

• Rudram, an air-to-surface missile, has been developed to primarily to enhance the Suppression of Enemy Air Defence (SEAD) capability of the IAF and can detect, track and neutralise the radar, communication assets and other radio frequency sources belonging to the adversary, which are generally their air defence systems.

• Anti-radiation missiles are used in the initial part of an air conflict to strike at air defence assets of the enemy, ensuring higher survivability in subsequent strikes.