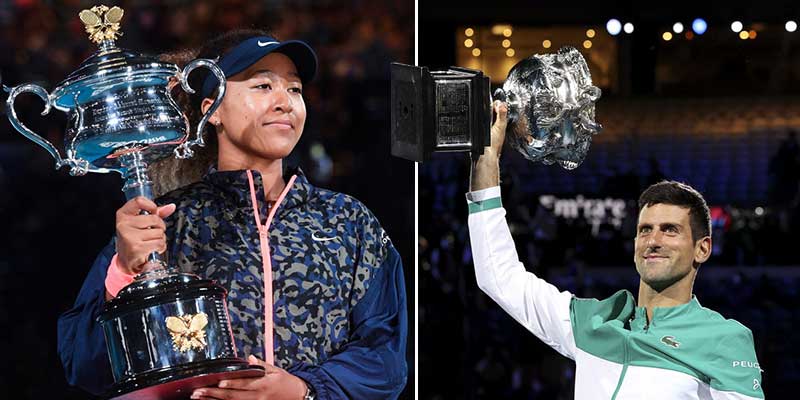 • With his 18th Grand Slam title win, the 33-year-old champion is now two shy of Roger Federer and Rafael Nadal who have won a men’s record 20 each.

• In the women’s singles final, Naomi Osaka defeated Jennifer Brady 6-4, 6-3 and won her second Australian Open title and fourth major crown. She is now one of only three players in the Open Era to win their first four Grand Slam finals, alongside Roger Federer and Monica Seles.

• Filip Polasek and Ivan Dodig have won the men’s doubles title with a 6-3, 6-4 win over 2020 champions Rajeev Ram and Joe Salisbury.

• Elise Mertens and Aryna Sabalenka won the women's doubles final to collect their second Grand Slam trophy as a team. 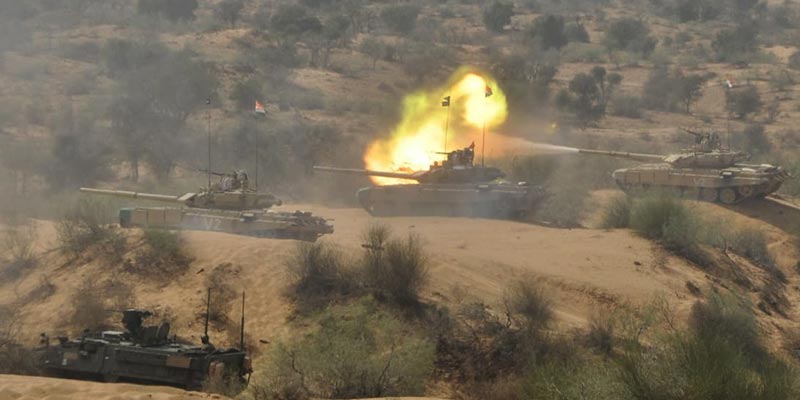 • The closing ceremony of ‘Yudh Abhyas’, a joint military exercise between the Indian and US Army, was held at Mahajan Field Firing Range on February 21.

• This was the 16th edition of the joint exercise and it began on February 8. The aim of the exercise was to focus on counter terrorism operations under the mandate of the United Nations.

• The training focused primarily on subject matter exchange of topical issues of contemporary significance, drills at tactical level and sharing of best practices of each other. The joint training developed into an excellent professional forum which strengthened the capabilities of joint operations by both armies.

• The exercise was conducted in two phases. The first phase of combat conditioning, tactical training and interoperability was completed successfully by both the contingents. The training received by both the armies in the first phase was validated in the second phase.

• The closing ceremony was held at Mahajan Field Firing Ranges to commemorate the successful completion of the exercise and nourishing of relations between the two Armies. The joint exercise was another significant milestone in the enhanced upward trajectory of India-US relations. 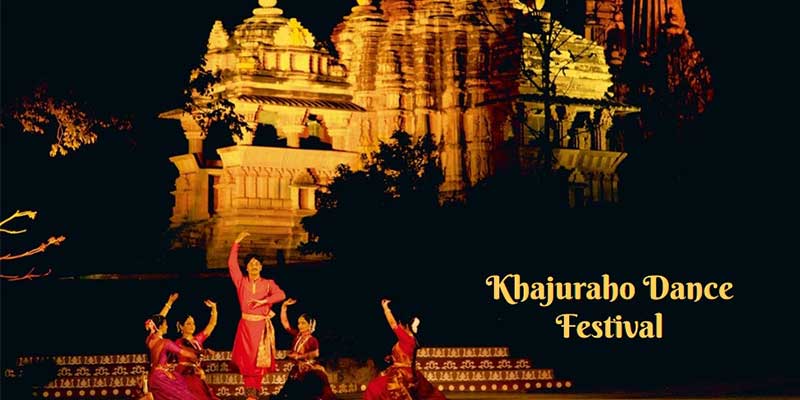 • The 47th edition of Khajuraho Dance Festival began on February 20 at the World Heritage temple group premises in Madhya Pradesh.

• This is the first time in 44 years that the event is being held on the temple premises.

• Khajuraho Dance Festival commenced in the year 1975 on the premises of the world renowned temples, but after two-three years, the permission to hold the event on the premises was withdrawn. It was thus shifted to nearby open ground.

• The week-long Khajuraho Dance Festival at the temple town in Chhatarpur district is being organised by the culture department of the Madhya Pradesh government.

• The February 20-26 festival will showcase classical dances including Kathak, Odissi, Bharatnatyam, Kuchipudi, Kathakali and Mohiniattam to name a few.

• The Indian and Indonesian navies carried out a military exercise in the Arabian sea on February 18 to enhance operational interoperability and overall cooperation.

• The Indian Navy participated in maritime exercises in the last few months with a number of countries, including Japan, Russia, Australia and the US.

• The minister pledged to convert all vehicles in his ministry to EVs and urged other departments to follow suit in a bid to cut India’s oil import dependence. He said that one electric vehicle saves almost Rs 30,000 per month on fuel cost which comes to around Rs 30 crore a month for 10,000 vehicles.

• NITI Aayog has planned transitioning to full electric vehicles (EVs) for three-wheelers by 2023 and two-wheelers with an engine capacity less than 150 cc by 2025.

• The adoption rate of EVs has been slow, largely due to the lack of charging infrastructure in India and the time taken for completely charging the EVs.

• The National Electric Mobility Mission Plan (NEMMP) is a national mission document providing the vision and the roadmap for the faster adoption of electric vehicles and their manufacturing in the country.

• This plan was designed to enhance national fuel security, to provide affordable and environmentally friendly transportation and to enable the Indian automotive industry to achieve global manufacturing leadership.

• As part of the NEMMP, the department of heavy industry formulated Faster Adoption and Manufacturing of (Hybrid &) Electric Vehicles in India (FAME India) scheme in 2015 to promote manufacturing of electric and hybrid vehicle technology and to ensure sustainable growth of the same.

• The Helina and Dhruvastra are third generation anti-tank guided missiles that can engage targets both in direct hit mode as well as top attack mode.

• The joint user trials of Helina (the Army version) and Dhruvastra (IAF version) have been carried out from Advanced Light Helicopter (ALH) platform.

• The missiles were test-fired at Pokhran deserts in Rajasthan. Five missions were carried out for evaluating the capabilities of the missiles in minimum and maximum range.

• The missiles were fired in hover and max forward flight against realistic static and moving targets. Some missions were carried out with warheads against derelict tanks. A mission was carried out against a moving target from a forward flying helicopter.

• The defence ministry described the missiles as one of the most-advanced anti-tank weapons in the world.

• The system has all-weather day-and-night capability and can defeat battle tanks with conventional armour as well as with explosive reactive armour. 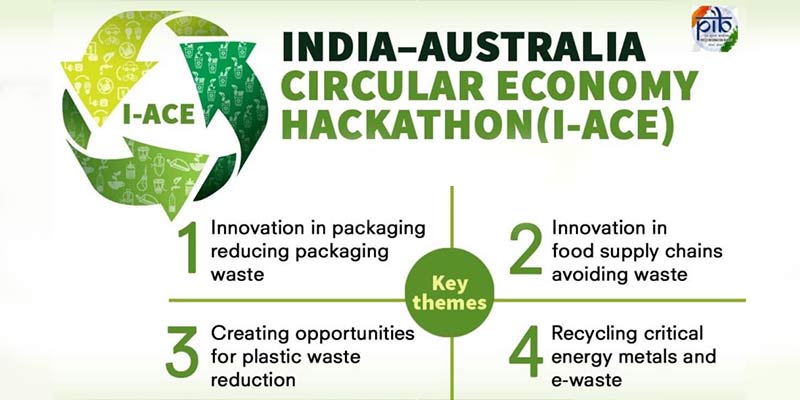 • The idea of the hackathon originated during the India-Australia Virtual Leaders’ Summit between the prime ministers of India and Australia, held on June 4, 2020.

• The I-ACE Hackathon was organised jointly by the Atal Innovation Mission, NITI Aayog, India and Commonwealth Scientific and Industrial Research Organization (CSIRO), Australia with the aim of enabling students and startups/MSMEs from both countries to present innovative solutions for the development of a circular economy across the food system value chain.

• The I-ACE Hackathon was launched on October 16, 2020 and the initial round received over 1,000 registrations from India and Australia.

• The finals were held between February 9 and 11, 2021 where more than 200 participants in 39 teams from India and 33 teams from Australia took part.

• Two university teams and two startups/MSMEs from India and Australia were declared as winners for each of the four themes.

• The winners will be supported by the innovation and incubation ecosystems of both Atal Innovation Mission, NITI Aayog and CSIRO Australia to enable them develop their solutions into products.

Chandrayaan-3 likely to be launched in 2022

• Chandrayaan-3, India’s third mission to the Moon, is likely to be launched in 2022.

• The COVID-19 lockdown has hit several projects of the Indian Space Research Organisation (ISRO) including Chandrayaan-3, which was scheduled to be launched in late 2020, and Gaganyaan, the country’s first manned space mission.

• Chandrayaan-2, aimed at landing a rover on the uncharted Lunar South Pole, was launched on July 22, 2019 onboard the country’s most powerful geosynchronous launch vehicle. However, the lander Vikram hard-landed on September 7, 2019, crashing India’s dream to become the first nation to successfully land on the lunar surface in its maiden attempt.

• ISRO is targeting December to launch the first unmanned mission under the Gaganyaan project. The mission was originally scheduled to launch in December last year. It will be followed by another unmanned mission and the third leg is the main module. Gaganyaan envisages to send three Indians to space by 2022. The four test pilots selected for the mission are currently undergoing training in Russia.

Star paddler Manika Batra clinched her second title by defeating Reeth Rishya 4-2 in the women’s singles final of the Senior National Table Tennis Championships in Panchkula. Commonwealth Games gold medallist Manika, representing Petroleum Sports Promotion Board (PSPB), had won her maiden title in 2015 at Hyderabad Nationals and finished a runner-up at Ranchi in 2017.