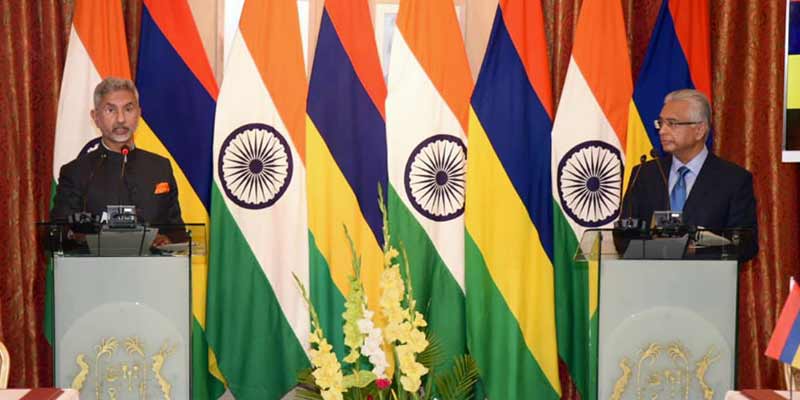 • Mauritius is one of India’s key maritime neighbours in the Indian Ocean Region and occupies a special place in Prime Minister Modi’s vision of SAGAR (Security and Growth for All in the Region).

• Jaishankar, who arrived in Port Louis on February 21, reviewed the comprehensive and important bilateral relationship during his meeting with the Indian-origin prime minister.

• Jaishankar said India is privileged to have entered into a Comprehensive Economic Cooperation and Partnership Agreement (CECPA) with Mauritius.

• This agreement is India’s first-such agreement with an African country. It will provide a timely boost for the revival of economies and also enable Indian investors to use Mauritius as a launch-pad for business expansion into continental Africa helping the prospect of Mauritius emerging as a hub of Africa.

• In such an agreement, two trading partners cut or eliminate duties on a host of products besides liberalising norms to promote services trade.

• The pact would cover 310 export items for India, including foodstuff and beverages, agricultural products, textile and textile articles, base metals, electricals and electronic items, plastics and chemicals, wood and its articles.

• The current global imports of India on these products is well over $15 billion. This is a significant opportunity for Mauritius to benefit from access to the Indian market. 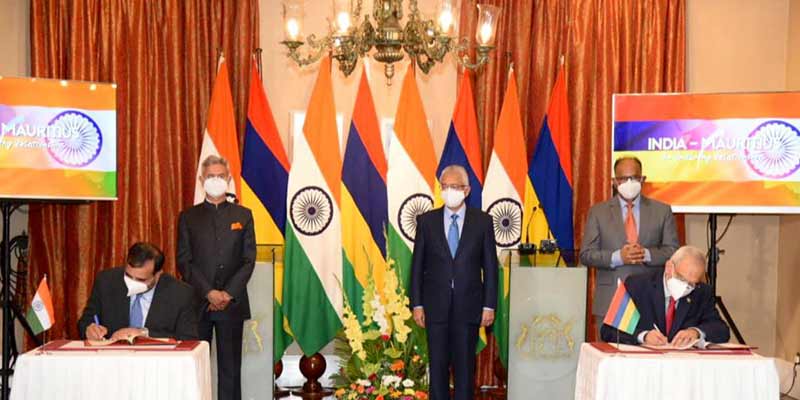 • The two sides also signed an agreement which will provide for a Dornier aircraft and an Advanced Light Helicopter Dhruv on lease to Mauritius on gratis basis for two years, helping shore up its capabilities to patrol and monitor its extensive maritime domain more effectively.

• Despite challenges, all five development projects announced by India in 2017 under the Special Economic Package, have been completed. These include phase 1 of the Metro Express project, the new Supreme Court building, the new ENT hospital, the supply of electronic tablets for Mauritian school children and 956 Social Housing Units, which will be made operational soon.

• He also called on Mauritius President Prithvirajsing Roopun during which the two leaders discussed the “super special” bilateral relationship.

• Diplomatic relations between India and Mauritius were established in 1948.

• India sees Mauritius as a maritime neighbour. The cultural, historical and ancestral linkages between India and Mauritius have over the decades cemented this shared feeling of proximity. The relationship is further buttressed by strong development cooperation, defence, trade & commercial ties, high-level visits, capacity building through scholarships and ITEC programmes, etc.

• India has been one of the largest trading partners and exporters of goods and services to Mauritius since 2007.

• Mauritius was the second top source of foreign direct investment (FDI) into India in 2019-20. India received $8.24 billion foreign inflows from that country in the last fiscal.

• As many as 11 Indian Public Sector Enterprises are currently functioning in Mauritius.

• Indian-origin people constitute nearly 70 per cent of the population of Mauritius. Their ancestors were sent there as indentured labourers during the British rule.