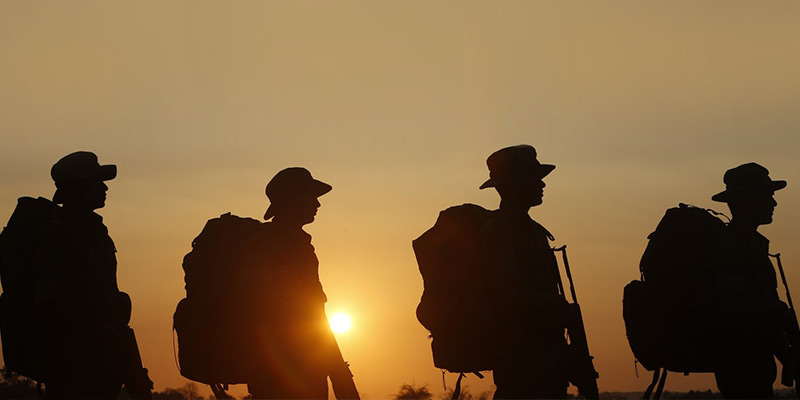 At least 22 jawans of paramilitary forces were killed and 31 injured in a gun-battle with Naxalites near Jonaguda and Tekalguda villages along the border of Sukma and Bijapur districts in the Bastar region of Chhattisgarh on April 3.

According to officials, the anti-Naxal operation was launched based on the intelligence inputs about the presence of Maoists of PLGA (Peoples’ Liberation Guerrilla Army) Battalion No.1 led by Hidma, a Naxal commander involved in many deadly attacks on security forces.

Out of the 22 fatalities, the CRPF lost eight men, including seven CoBRA commandos and a jawan from its Bastariya battalion, while eight of the other deceased were from the District Reserve Guard (DRG) and six from the Special Task Force (STF).

The supporters of the Naxalite movement advocated the use of violent means to achieve their political goals.

According to the ministry of home affairs (MHA), the Communist Party of India (Maoist), is the major Left Wing Extremist (LWE) outfit responsible for a majority of incidents of violence and killing of civilians and security forces. The Peoples’ Liberation Guerrilla Army (PLGA), the armed wing of CPI (Maoist), resorts to guerrilla warfare. 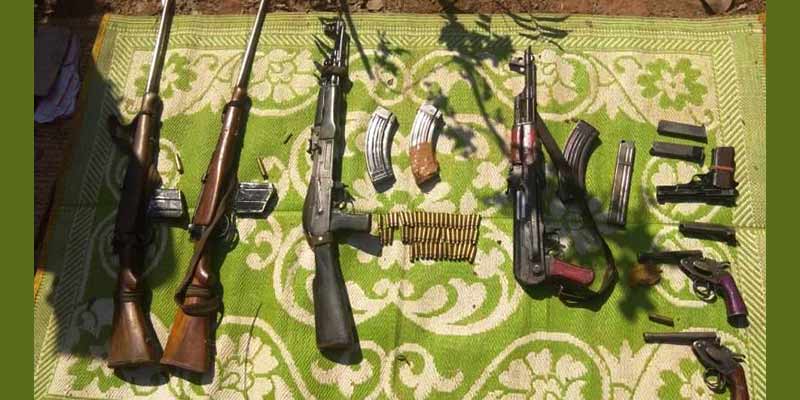 According to the Centre, 90 districts in 11 states are considered LWE affected.

As per Seventh Schedule of the Constitution of India, subjects of ‘Police’ and ‘Public Order’ are with the state governments. The government of India has been supplementing the efforts of states affected by Left Wing Extremism.

The government of India has adopted an integrated approach to deal with the LWE by addressing the areas of security, development and promoting good governance simultaneously.

To achieve this, a National Policy and Action Plan has been put in place since 2015 that adopts a multi-pronged strategy in the areas of security, development, ensuring rights and entitlements of local communities.

The security related measures include:

• Modernisation and upgradation of state police under the umbrella scheme ‘Modernisation of Police Forces’ (MPF scheme).

• Strengthening of Special Intelligence Branches/Special Forces of the states.

• Fortification of police stations under the Special Infrastructure Scheme (SIS).

• Assistance in training of state police through ministry of defence, central police organisations and Bureau of Police Research and Development.

The CPI (Maoist), which is the major Left Wing Extremist organisation responsible for most incidents of violence/casualties, has been included in the Schedule of Terrorist Organisations, along with all its formations and front organizations under the existing Unlawful Activities (Prevention) Act 1967.

Focused attention is paid to development. The Centre has launched special schemes for improving the basic infrastructure like road and telecom connectivity, and skill upgradation, etc.

Besides, the implementation of the Forest Rights Act, 2006, especially the provisions pertaining to allotment of title deeds to individuals and communities is also an area of priority.

To give further impetus, funds are provided for filling critical infrastructure gaps in public infrastructure and services which are of urgent nature under Special Central Assistance (SCA) scheme for the most LWE affected districts.

Resolute implementation of the National Policy and Action Plan by the government has resulted in significant improvement in the Left Wing Extremism scenario across the country.

Schemes/initiatives in the LWE affected areas:

Road Connectivity Project for LWE affected areas (RRP-II):The government approved this scheme in 2016 for further improving road connectivity in 44 districts of 9 LWE affected states. This scheme envisages 5,412 km roads and 126 bridges at an estimated cost of Rs 11,725 crore. The ministry of rural development is the nodal ministry for this project.

Distribution of title deeds: Under the provision of The Scheduled Tribes and Other Traditional Forest Dwellers (Recognition of Forest Rights) Act, 2006, over 1.6 million title deeds have been distributed to individuals and communities to ensure their livelihood and food security, and protect their rights on the forest land in 10 LWE affected states. 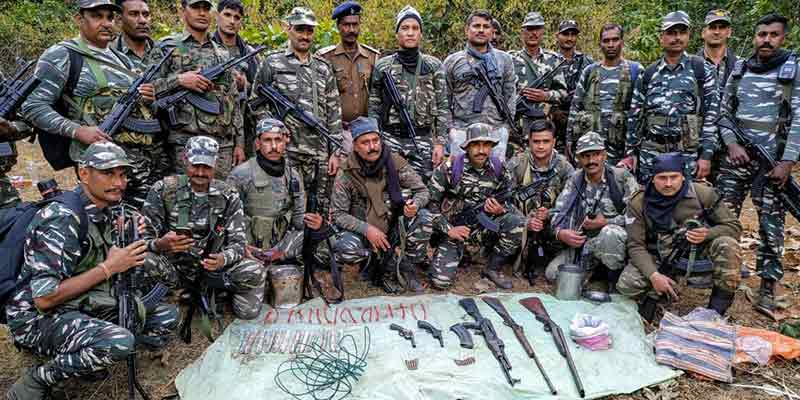 Commando Battalion for Resolute Action (CoBRA), also known as ‘jungle warriors’, is a specialised force which has been raised to fight Maoists and insurgents in LWE affected areas.

Ten CoBRA battalions were raised between 2008-11. These battalions have been raised by selecting amongst the CRPF's personnel based on age and other physical attributes. They have been trained, equipped and deployed in LWE affected states.

It is one of the elite commando units in the country trained to survive, fight and win in the jungles.

A CoBRA School for specialised training in jungle warfare and tactics has also been in operation and providing exclusive training to the force personnel.

Bastariya Battalion was created in 2017 to enhance local representation in CRPF’s combat layout in the Bastar area, besides providing the youths a full-proof platform for employment.