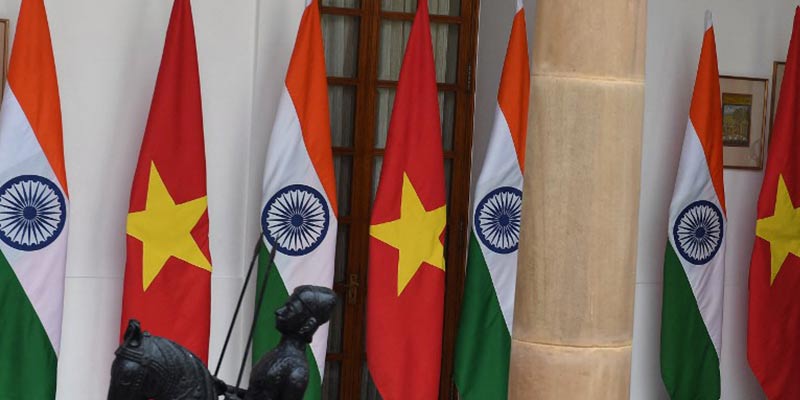 India and Vietnam held their second maritime security dialogue in a virtual format on April 6, 2021. The consultations involved exchanges on developments in the domain of maritime security, regional cooperation activities and opportunities for cooperation between the two countries.

The defence and security ties between the two countries have witnessed steady expansion.

In December last, PM Narendra Modi held a virtual summit with his Vietnamese counterpart Nguyen Xuan Phuc during which both sides vowed to boost overall defence and security cooperation, including in the maritime sphere.

Vietnam, an important country of the ASEAN (Association of Southeast Asian Nations), has territorial disputes with China in the South China Sea region

India and Vietnam share traditionally close and cordial bilateral relations. India was the chairman of the International Commission for Supervision and Control (ICSC) which was formed in pursuant of the Geneva Accord of 1954 to facilitate the peace process in Vietnam.

India initially maintained consulate-level relations with the then North and South Vietnam and later established full diplomatic relations with unified Vietnam on January 7, 1972.

Relations between the two countries were elevated to the level of ‘Strategic Partnership’ during the visit of Vietnam’s Prime Minister Nguyen Tan Dung to India in July 2007. In 2016, during Prime Minister Modi’s visit to Vietnam, bilateral relations were further elevated to a ‘Comprehensive Strategic Partnership’, a status that Vietnam shares with only two other countries – Russia and China.

There are several bilateral mechanisms at different levels between India and Vietnam. The Joint Commission Meeting at the foreign ministers-level and the foreign office consultations and strategic dialogue at secretary-level provide the broad framework for bilateral consultations encompassing all areas of mutual interest.

Vietnam is the fourth largest trading partner of India among ASEAN countries after Indonesia, Singapore and Malaysia. Vietnam is also the second largest export destination for India after Singapore in the ASEAN region.

India has a long-standing development partnership with Vietnam that has made positive contributions towards capacity building and socio-economic development.