FATF review of India postponed to 2022 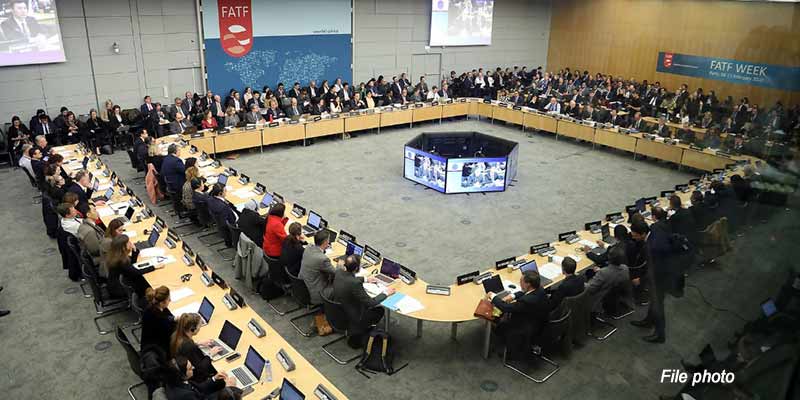 An evaluation by global organisation Financial Action Task Force (FATF) to analyse the effectiveness of India’s anti-money laundering and countering terrorist financing regime has been postponed for the second time in view of the ongoing COVID-19 pandemic and is now slated to be initiated next year.

What is the FATF?

• The FATF is an inter-governmental body established in 1989 by the ministers of its member jurisdictions.

• The objectives of the FATF are to set standards and promote effective implementation of legal, regulatory and operational measures for combating money laundering, terrorist financing and other related threats to the integrity of the international financial system.

• The FATF is a policymaking body that works to generate the necessary political will to bring about national legislative and regulatory reforms in these areas.

• The FATF currently has 39 members including two regional organisations — the European Commission and Gulf Cooperation Council.

• India is a member of the FATF consultations and its Asia Pacific Group.

• FATF  conducts peer reviews of each member on an ongoing basis to assess levels of implementation of the FATF recommendations and provides an in-depth description and analysis of each country’s system for preventing criminal abuse of the financial system.

• The last such review of India’s anti-money laundering and terrorist financing regime was held in June, 2010 and it is usually taken up again after a period of 10 years.

• The FATF, post this review, had said in 2013 that “India had made significant progress in addressing deficiencies identified in its mutual evaluation report and (the FATF) decided that the country should be removed from the regular follow-up process”.

• As per re-scheduled assessment calendar, the technical evaluation of Indian anti-money laundering, countering terrorist financing and the role of relevant legal framework and agencies enforcing these measures would begin in September next year followed by an on-site visit of FATF experts to the country in February, 2023, another official privy to the development said.

• The FATF plenary that is expected to be held in October, 2023 will discuss the Indian assessment and its mutual evaluation report will be published for public consumption after 10 months from the date of the on-site visit (February 2023).

• In 2019, India had set up a joint working group comprising 22 central investigation, intelligence gathering and regulatory agencies to make presentations, hold discussions and brief the FATF experts, drawn from various countries, once the process starts.

• During this evaluation, Indian financial regulatory and enforcement agencies are expected to showcase their action taken reports and dossiers for the enforcement, regulatory and investigative work undertaken by them under the anti-money laundering law, criminal tax evasion instance and for strengthening the CFT (combating financing of terrorism) regime.

• The guidelines and rules framed under the Prevention of Money Laundering Act (PMLA), their outcomes and strict adherence to Know Your Customer (KYC) procedures are some of the very important aspects that the FATF experts will be informed about.

• The enactment of the Fugitive Economic Offenders Act in 2018, the anti-black money Act of 2015, amendments brought in the PMLA over the years, curbing tax evasion under indirect taxes by bringing in the GST (Goods and Services Tax), new protocols to better regulate suspect transactions in banks and financial intermediaries and the 2016 demonetisation of two large currencies are part of the Indian presentation.

• The high number of domestic and international attachment of assets and penalties issued under the PMLA, and charge sheets filed by various probe agencies under criminal sections of the law against financial crimes and terror funding will also be part of India’s presentation to the FATF review team.

• The wide spectrum of offences from wildlife smuggling to use of smart electronic tools to generate black money being probed by Indian agencies will be part of the dossier.

• The new compliance regime brought in by the Financial Intelligence Unit (FIU) for banks, other financial institutions, casinos and payment gateways to report suspect transactions and counterfeit currency will also be part of the presentation.