Explainer / Leader of the House in Rajya Sabha 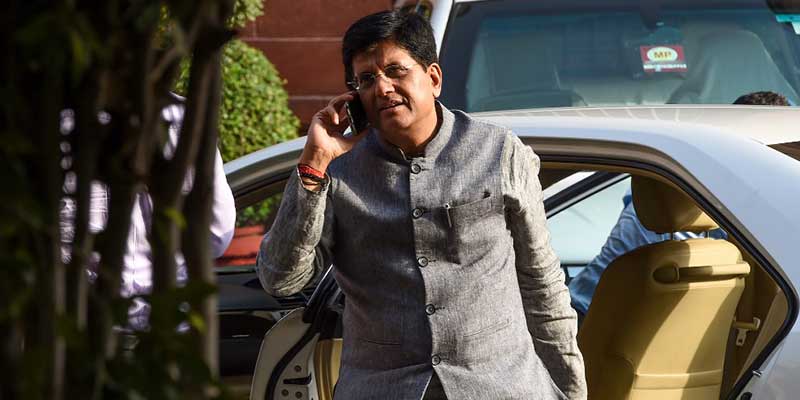 Union Minister Piyush Goyal has been appointed as the Leader of the House in Rajya Sabha, an elevation that makes him the face of the government in the Upper House.

Goyal, who was holding the responsibility of the Deputy Leader in Rajya Sabha, will succeed erstwhile Union Minister Thaawarchand Gahlot who has been appointed the governor of Karnataka.

Union Minister Mukhtar Abbas Naqvi has been named as the Deputy Leader of the House in Rajya Sabha. The minority affairs minister had also served as the minister of state for parliamentary affairs during the first term of the Modi government.

What is the role of Leader of the House?

• Similarly, Leader of the House in the Rajya Sabha is a Minister and a member of Rajya Sabha and is nominated by the Prime Minister to function as such.

• The arrangement of government business is the ultimate-responsibility of the Leader of the House, though the details are settled, subject to his approval, by the Chief Whip.

• The Leader of the House makes proposals for the dates of summoning and prorogation of the House for the approval of the Chair.

• He has to draw up the programme of official business to be transacted in the Session of Parliament, namely, Bills, motions, discussions on general or specific subjects like foreign policy, economic or industrial policy and other important State activities.

• He fixes inter se priorities for various items of business to ensure their smooth passage. After settling a tentative programme for the whole session, he maps out weekly and daily programme depending upon the state of progress of work and announces the programme to the members in advances every week.

• The Business Advisory Committee determines the allocation of time for government Bills and otter business on the basis of suggestions made by or received from him from time to time.

• The Leader of the House shapes the course and content of legislation in as much as he is often the final voice in deciding as to what amendments will be acceptable, what private members' Bills will receive support of the government, and whether a question should be left to a free vote.

• The Leader of the House may, therefore, be said to be, perhaps, the most influential figure in the entire legislative process.

Leader of the Opposition

• The leader of the largest opposition party, having not less than one-tenth of seats of the total strength of the House, is recognised as the Leader of the Opposition in that House.

• His main function is to provide constructive criticism of the policies of the government.

• The leader of Opposition in the Lok Sabha and Rajya Sabha were awarded statutory recognition in 1977.

• They are also entitled to salary and allowances equivalent to that of a Cabinet Minister.

A party needs 10 per cent of the strength of the House (55 in the Lok Sabha) to stake claim for the post of Leader of Opposition.

Following the 2014 elections, the Congress, with 44 seats, was way short of that number. Hence, the Speaker Sumitra Mahajan refused to recognise leader of Congress party as Leader of Opposition.

The Congress demanded an amendment to the relevant laws to allow the single-largest party in the opposition to send its legislative party leader to attend meetings of key appointment panels. Amendment was made with regard to the appointment of the CVC and also the CBI director. But the Lokpal Act was not modified to bring the single-largest Opposition party on board if it did not secure 10 per cent seats in the Lok Sabha.

In the 2019 Lok Sabha elections, Congress won 52 seats with UPA at 91. So, the current 17th Lok Sabha doesn’t have a Leader of Opposition as well.

Explainer / Leader of the House in Rajya Sabha
COPY LINK