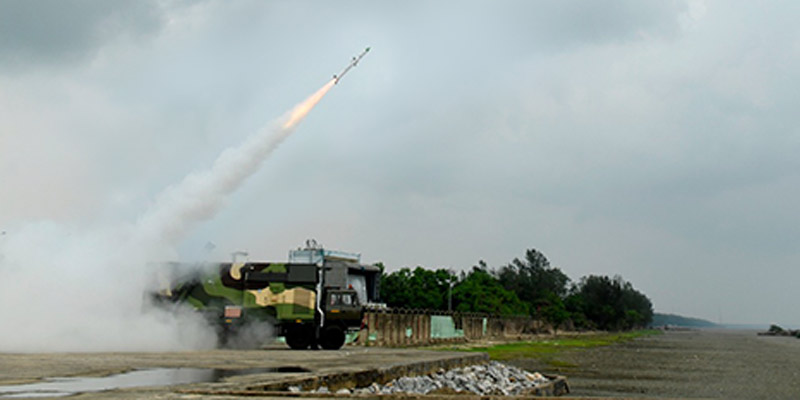 • In order to capture flight data, ITR deployed a number of monitoring mechanisms such as electro-optical tracking systems, radar and telemetry.

• The missile was test-fired from a land-based platform and the flawless performance of its weapons system was confirmed by the complete flight data.

• Once deployed, the Akash-NG weapon system will prove to be a force multiplier for the air defence capability of the Indian Air Force.

• Akash is a surface-to-air missile system to protect vulnerable areas and vulnerable points from air attacks.

• It has built in Electronic Counter-Countermeasures (ECCM) features.

• The entire weapon system has been configured on mobile platforms.

• Akash weapon systems has been inducted and is operational with the Indian Air Force and the Indian Army.

• In December last year, the government approved the export of the Akash missile system and set up a high-level committee to authorise sale of major platforms to various countries. A committee comprising Defence Minister Rajnath Singh, Minister of External Affairs S. Jaishankar and National Security Advisor Ajit Doval was set up to authorise exports of major indigenous platforms. 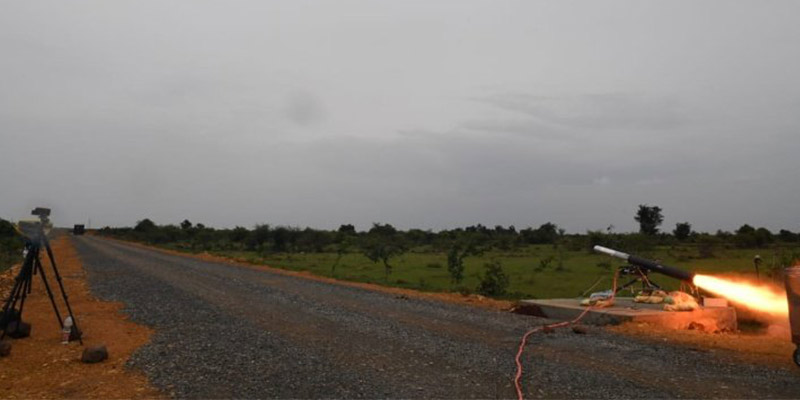 • The missile is being developed to strengthen the combat capabilities of the Indian Army.

• The low weight, fire-and-forget missile was launched from a man-portable launcher integrated with a thermal site and the target was mimicking a tank.

• The missile is incorporated with state-of-the-art Miniaturized Infrared Imaging Seeker along with advanced avionics.

• The missile hit the target in direct attack mode and destroyed it with precision. The test has validated the minimum range successfully. All the mission objectives were met.

• The missile has already been successfully flight-tested for the maximum range.