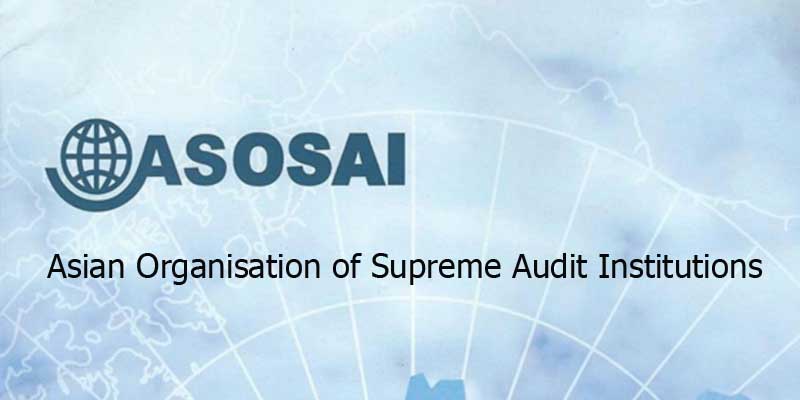 The Comptroller and Auditor General of India (CAG) G.C. Murmu has been elected as chairman of the Assembly of the Asian Organisation of Supreme Audit Institutions (ASOSAI) for the period 2024-27.

Other regional groups are:

• The INTOSAI operates as an umbrella organisation for the external government audit community. It is a non-governmental organization with special consultative status with the Economic and Social Council (ECOSOC) of the United Nations.

• The membership of the ASOSAI consists of Charter Members, Members and Associate Members. Now, membership has grown to 47 Supreme Audit Institutions (SAIs).

The objectives of ASOSAI are:

• Promote understanding and cooperation among member institutions through exchange of ideas and experiences in the field of public audit.

• Provide facilities for training and continuing education for government auditors, with a view to improving quality and performance.

• Serve as a center of information and as a regional link with institutions in other parts of the world in the field of public audit.

• Promote closer collaboration and brotherhood among auditors in the service of the governments of the respective member institutions and among regional groups.

The functions of ASOSAI are:

• Encourage and promote research and to undertake publication of research papers and professional articles in auditing and related fields.

• Organise conferences and seminars for the exchange of ideas and experiences in the field of public audit.

• Perform such other functions as may be necessary in keeping with its objectives.

• The CAG was the chairman of ASOSAI from 2012-2015. The CAG has been granted ex-officio membership on the governing board of ASOSAI.

India’s term as chair of the ASOSAI

• The Assembly consists of all members of the organisation and meets once in three years.

• The CAG, as the chairman, will be the chief executive of ASOSAI and represent ASOSAI in its dealings with national and international organisations.

• The CAG assured the members that during India’s three-year term as chair of the ASOSAI, SAI India will focus on the areas of environmental audit and leveraging emerging technologies for audit.

• SAI India will seek the active participation of members to create processes and structures within ASOSAI to address the challenges faced by SAIs in the region in dealing with big data, with an aim to leverage artificial intelligence, machine learning and collaborative remote access data audits.

What is ASOSAI?
COPY LINK