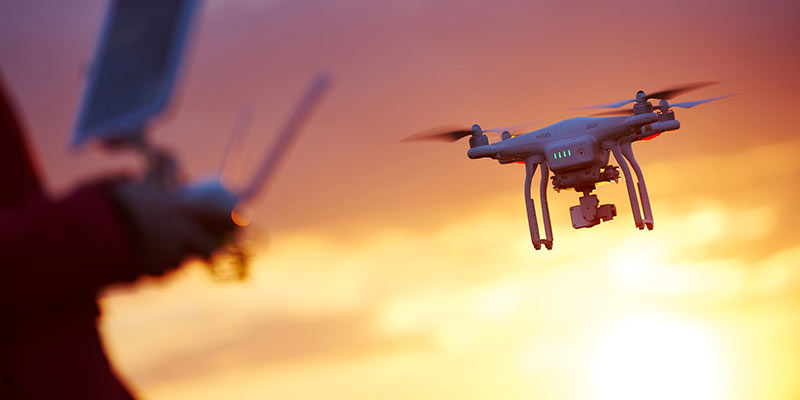 • The Union government approved a production-linked incentive (PLI) scheme for drones and drone components with an allocation of Rs 120 crore spread over three financial years.

• The PLI scheme comes as a follow through of the liberalised Drone Rules, 2021, released by the Centre on August 25.

• The PLI scheme for drone industry is part of the overall announcement of PLI schemes for 13 sectors made earlier during the Union Budget 2021-22, with an outlay of Rs 1.97 lakh crore.

The scope of the scheme

• Drones offer tremendous benefits to almost all sectors of the economy. These include agriculture, mining, infrastructure, surveillance, emergency response, transportation, geo-spatial mapping, defence and law enforcement to name a few.

• Drones can be significant creators of employment and economic growth due to their reach, versatility, and ease of use, especially in India’s remote and inaccessible areas.

• Given its traditional strengths in innovation, information technology and its huge domestic demand, India has the potential of becoming a global drone hub by 2030.

• The drones and drone components manufacturing industry may see an investment of over Rs 5,000 crore over the next three years.

• The drone services industry (operations, logistics, data processing, traffic management, etc) is far bigger in scale. It is expected to grow to over Rs 30,000 crore in next three years.

• The drone services industry is expected to generate over five lakh jobs in three years.

Main features of the PLI scheme for drones:

• The incentive for a manufacturer of drones and drone components shall be as high as 20 per cent of the value addition made.

• The proposed tenure of the PLI scheme is three years starting in FY 2021-22. The PLI scheme will be extended or redrafted after studying its impact in consultation with the industry.

• The Centre has agreed to keep the PLI rate constant at 20 per cent for all three years, an exceptional treatment given only to the drone industry. This rate reduces every year in the PLI schemes for other sectors.

• The government has agreed to fix the minimum value addition norm at 40 per cent of net sales for drones and drone components instead of 50 per cent. This will allow widening the number of beneficiaries.

• The Centre has kept the eligibility norm for MSME and startups in terms of annual sales turnover at a nominal level — Rs 2 crore (for drones) and Rs 50 lakh (for drone components) — to widen the number of beneficiaries.

• The list of eligible components may be expanded by the government from time to time, as drone technology evolves.

• The PLI for a manufacturer shall be capped at 25 per cent of its total annual outlay so as to widen the number of the scheme’s beneficiaries.

• The government has agreed to widen the coverage of the incentive scheme to include developers of drone-related IT products also.

• Several permissions and approvals were abolished.  Number of forms reduced from 25 to five. Types of fee reduced from 72 to four.

• No permission required for operating drones in green zones. Yellow zone, where ATC permission is required, has been reduced from 45 km to 12 km from the airport perimeter.

• No remote pilot licence required for micro drones (for non-commercial use) and all nano drones.

• No security clearance required before issuance of any registration or licence.

• No restriction on foreign ownership in Indian drone companies.

• No requirement of import clearance from DGCA.

• Remote pilot licence to be issued by DGCA within 15 days of pilot receiving the remote pilot certificate from an authorised drone school.

• Drone corridors will be developed for cargo deliveries.

• Drone Promotion Council to be set up by the government with participation from academia, startups and other stakeholders.