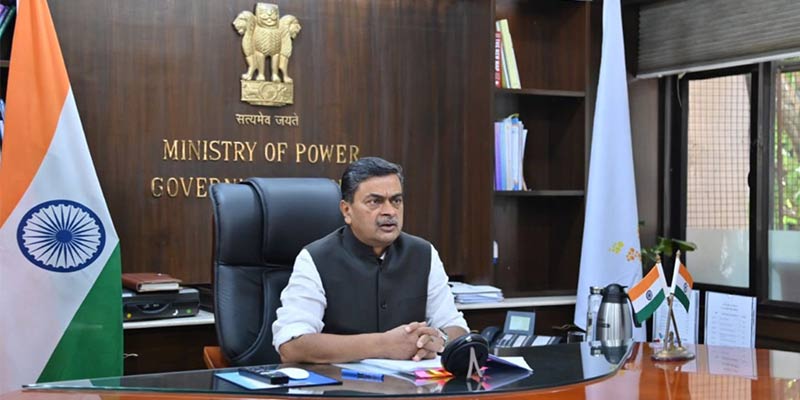 • India and the United Kingdom have set in motion concrete action plans for driving clean energy transition in the power sector.

• This was deliberated at the Third India-UK Energy for Growth Partnership Ministerial Energy Dialogue.

• The Dialogue was co-chaired by Union Minister for Power and New and Renewable Energy R.K. Singh and Kwasi Kwarteng, MP, secretary of state for Business, Energy and Industrial Strategy (BEIS).

• Energy transition was a major area of discussion in the dialogue and the energy ministers spoke in detail on the ongoing energy transition activities in their respective countries with focus on renewables, including solar, offshore wind, storage, electric vehicles (EVs) and alternative fuels.

• The UK side presented a detailed summary of the significant ongoing work and the past work done in the last two years under the umbrella of bilateral cooperation which was appreciated and endorsed by both sides.

• The dignitaries welcomed Roadmap 2030 for India-UK future relations launched by Prime Ministers of both countries during India-UK Virtual Summit in May 2021 and identified various future areas of collaboration in line with the roadmap.

• The sides deliberated and agreed on a forward action plan on power and clean transport, renewables, green finance and clean energy research as part of Roadmap 2030, covering a range of topics including smart grids, energy storage, green hydrogen, charging infrastructure, battery storage and need of mobilizing investments in renewable energy along with other proposals under multilateral collaboration.

• The dialogue concluded with both sides underlining the importance of international cooperation in securing affordable and sustainable energy for the world while setting in motion, concrete action plans for driving the clean energy transition in power sector.

• The minister hoped that the One Sun One World One Grid (OSOWOG) initiative launched by the Prime Minister could act as a promising alternative to support the RE integration in the grid.

One Sun One World One Grid

• Under the One Sun One World One Grid (OSOWOG) programme, India envisages to have an inter-connected power transmission grid across nations for the supply of clean energy.

• The vision behind the OSOWOG mantra is “the Sun never sets” and is a constant at some geographical location, globally, at any given point of time.

With India at the fulcrum, the solar spectrum can easily be divided into two broad zones:

• Far East which would include countries like Myanmar, Vietnam, Thailand, Lao, Cambodia, etc.

• Far West which would cover the Middle East and the Africa Region.

• The ministry of new and renewable energy (MNRE) has a critical role to play in synergizing over 140 countries, across the far east and the far west regions, to build consensus, launch energy policy imperatives and set up a framework for such a global cooperation.

• India, through the OSOWOG initiative, plans to take another leap towards building a global ecosystem of interconnected renewable energy resources that are seamlessly shared for mutual benefits and global sustainability.

The OSOWOG would have three phases:

• Phase I will deal with pre-feasibility analysis.

• Phase II will focus on key points indicating at political process to choose pilot projects, timeline in terms of commissioning the interlinks.

• Phase III will be towards setting up the institutional framework including draft policy and regulatory papers.