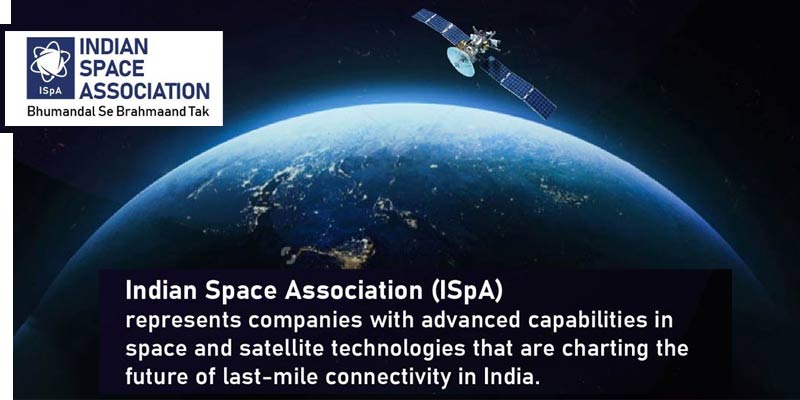 • The ISpA will undertake policy advocacy and engage with all stakeholders in the Indian space domain, including the government and its agencies.

• It will help in making India self-reliant, technologically advanced and a leading player in the space arena.

• It is represented by leading home grown and global corporations with advanced capabilities in space and satellite technologies.

• Bharti Group backed OneWeb has entered an arrangement with the NewSpace India Limited (NSIL), commercial arm of ISRO, to launch its satellite in India from 2022.

• OneWeb is amongst the founding members of ISpA.

• The company is building its initial constellation of 648 LEO satellites and has already put 322 satellites into orbit. It plans to start services this year to the Arctic region including Alaska, Canada, and the UK and in the second half of 2022 in India.

• The New Space India Limited (NSIL), a central public sector enterprise (CPSE), under the administrative control of the department of space (DOS) was established on March 6, 2019.

• The NSIL was set up to meet the ever-increasing demands of Indian space programme and to commercially exploit the emerging global space market.

Functions of the NSIL:

• Small satellite technology transfer to industry, wherein NSIL will obtain license from DOS/ISRO and sub-license it to industries.

• Manufacture of Small Satellite Launch Vehicle (SSLV) in collaboration with the private sector.

• Production and marketing of space based products and services, including launch and application.

• Transfer of technology developed by ISRO centres and constituent units of DOS.

• Marketing spin-off technologies and products/services, both in India and abroad.