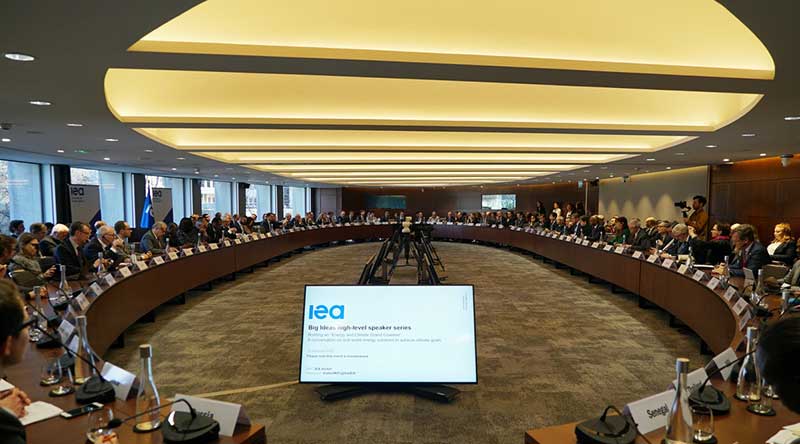 What is the role of International Energy Agency?

• The International Energy Agency (IEA) was established in 1974 within the framework of the Organisation for Economic Cooperation and Development (OECD) to implement an international energy programme.

• The IEA was born due to the 1973-1974 oil crisis, when industrialised countries found they were not adequately equipped to deal with the oil embargo imposed by major producers that pushed prices to historically high levels. This first oil shock led to the creation of the IEA in November 1974 with a broad mandate on energy security and energy policy cooperation. This included setting up a collective action mechanism to respond effectively to potential disruptions in oil supply.

• But over the years, the IEA’s mission has expanded substantially and today the agency is working with major economies around the world to enhance energy security and to help accelerate their clean energy transitions.

• Today, IEA is at the center of the global energy debate, focusing on a wide variety of issues, ranging from electricity security to investments, climate change and air pollution, energy access and efficiency, and much more.

• The basic aim of the IEA is to foster cooperation among the 30 IEA member countries and to increase energy security through energy conservation, development of alternative energy sources and energy research, development and demonstration.

• Starting in 2015, the IEA has been opening its doors to major emerging economies that are at the centre of the global conversation on energy. Since then, eight countries have joined the IEA’s Association programme: Brazil, China, India, Indonesia, Morocco, Singapore, South Africa and Thailand.

• Along with the IEA’s 30 members and the three countries formally seeking accession, this expanded IEA family now represents 75 per cent of global energy demand, up from 40 per cent in 2015.

• India joined the IEA as an Association country in 2017.

• India is becoming increasingly influential in global energy trends. According to the IEA’s in-depth report on India’s energy policies, which was released in January 2020, the country’s demand for energy is set to grow rapidly in the coming decades, with electricity use set to increase particularly fast. The country’s reliance on fuel imports makes further improving energy security a key priority for the Indian economy.

• The IEA and India cooperate on a wide-variety of topics, including the expansion of renewables, energy efficiency, the energy-environment nexus, oil stocks and emergency preparedness, data, investment and innovation.

• The IEA also regularly provides detailed analysis of India’s energy sector, such as a recent deep dive on decarbonising the iron and steel sector.

• Enhanced cooperation between India and the IEA will largely contribute to promoting development in various areas including global energy security, global energy governance and the use of sustainable energy resources.

• In January this year, IEA members and India agreed to enter into a strategic partnership, strengthening their collaboration across a range of vital areas including energy security and clean energy transition.