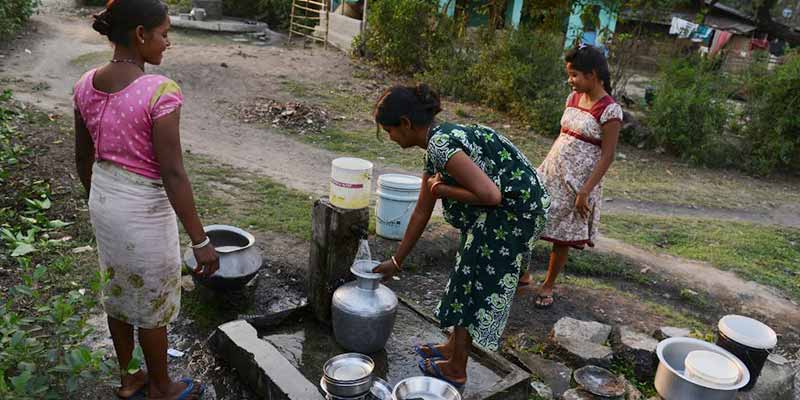 The Union Cabinet approved the second phase of the Atal Mission for Rejuvenation and Urban Transformation (AMRUT) till 2025-26.

• The Atal Mission for Rejuvenation and Urban Transformation (AMRUT) was launched on June 25, 2015 in 500 cities selected across the country.

• 6,000 MLD sewage treatment capacity is being developed, of which 1,210 MLD capacity is already created, with provision for reuse of 907 MLD treated sewage.

• 1,700 flooding points have been eliminated. 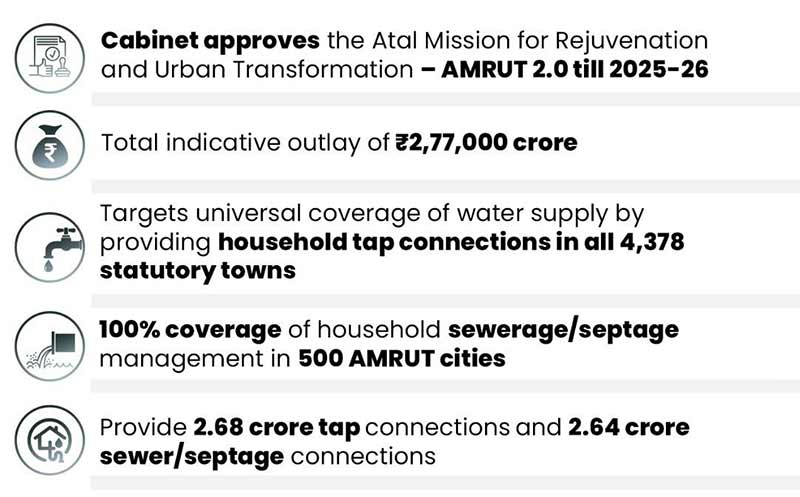 • The Cabinet approved the second phase of the Atal Mission for Rejuvenation and Urban Transformation (AMRUT) with the aim of making the cities ‘water secure’ and ‘self-sustainable’ through a circular economy of water.

• Providing reliable and affordable water supply and sanitation services to urban households is a national priority. This will be achieved by providing functional tap connections to all households, undertaking water source conservation/ augmentation, rejuvenation of water bodies and wells, recycle/reuse of treated used water and rainwater harvesting.

• The project will lead to ease of living by providing piped-water supply and sewerage and septage facilities to urban households.

• Mission has a reform agenda focussed towards financial health and water security of ULBs.

• Meeting 20 per cent of water demand through recycled water, reducing non-revenue water to less than 20 per cent and rejuvenation of water bodies are major water related reforms.

How will it be implemented?

• Mission will be monitored on a robust technology based portal. The projects will be geo-tagged. There will be an endeavor to make it a paperless Mission.

• Based on this, city water action plans will be prepared which will be summed up as State Water Action Plan and will be approved by the ministry of housing and urban affairs.

• The funds for the projects will be shared by Centre, State and ULBs. Central funds will be released to the states in three tranches based on allocation to the state as per State Water Action Plan.

• Mission will also encourage mobilisation of market finance by mandating implementation of 10 per cent of worth of projects in cities with population above ten lakh through Public Private Participation.

• Mission will also bring in the leading technologies in the water sector.