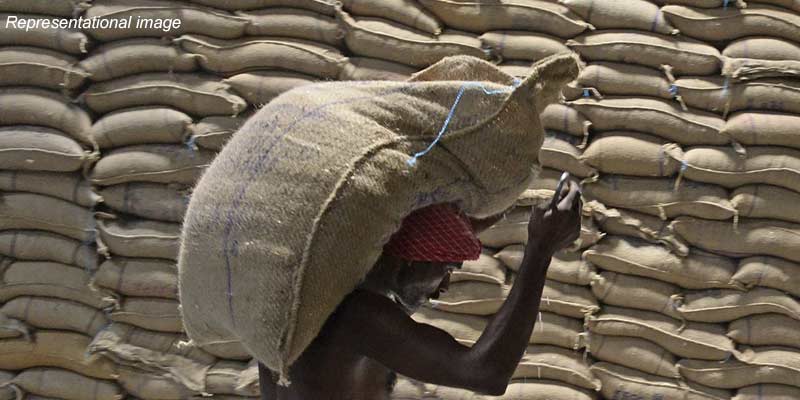 The Department of Food and Public Distribution conducted a one-day awareness programme in Varanasi about fortified rice.

The food and consumer affairs ministry is organising special events and programmes as part of the ‘Azadi Ka Amrit Mahotsav’ celebrations to mark 75 years of Independence.

The programme on awareness generation on the provisions of the National Food Security Act, 2013 for Integrated Child Development Services (ICDS) beneficiaries — children in the age group 6 month to 14 years, pregnant women and lactating mothers — for imparting nutritional related information, information on importance of fortified rice in the public Distribution System (PDS) was organised in Varanasi.

• Fortification is the practice of deliberately increasing the content of an essential micronutrient — vitamins and minerals (including trace elements) — in food, so as to improve the nutritional quality of the food supply and provide a public health benefit with minimal risk to health.

• In other words, it is the addition of key vitamins and minerals such as Iron, Iodine, Zinc, Vitamins A & D to staple foods such as rice, wheat, oil, milk and salt to improve their nutritional content.

• Rice fortification has the potential to help aid vulnerable populations that are currently not reached by wheat or maize flour fortification programmes.

• However, rice production is often done domestically or locally, which could make reaching all those in need with mass fortification programmes challenging.

• Rice can be fortified by adding a micronutrient powder to the rice that adheres to the grains or spraying on the surface of ordinary rice grains in several layers with a vitamin and mineral mix to form a protective coating.

• Rice can also be extruded and shaped into partially pre-cooked grain-like structures resembling rice grains, which can then be blended with natural polished rice.

• The Copenhagen Consensus estimates that Re.1 spent on fortification results in benefits worth Rs 9 to the economy.

• In October 2016, FSSAI operationalised the Food Safety and Standards (Fortification of Foods) Regulations, 2016 for fortifying staples namely wheat flour and rice (with Iron, Vitamin B12 and Folic Acid), milk and edible oil (with Vitamins A and D) and double fortified salt (with Iodine and Iron) to reduce the high burden of micronutrient malnutrition in India.

• The ‘+F’ logo has been notified to identify fortified foods.

• At present, all the major oil producers in the country are voluntarily fortifying at least one brand in their product portfolios.

• Biofortification is the process by which the nutritional quality of food crops is improved through agronomic practices, conventional plant breeding, or modern biotechnology.