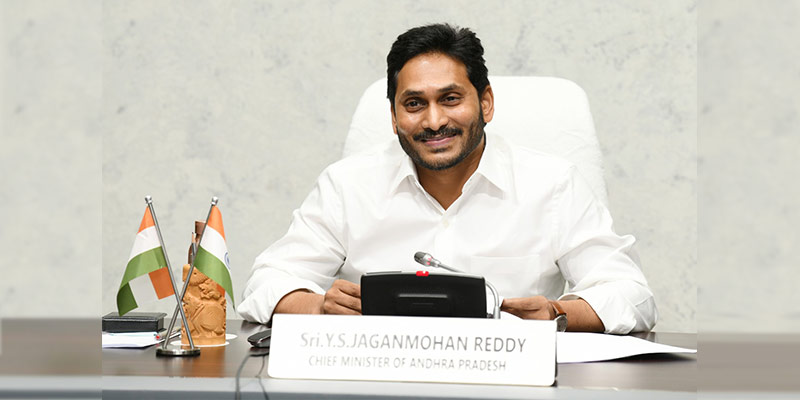 • The Y.S. Jagan Mohan Reddy government passed a Bill in the Andhra Pradesh Legislative Assembly, repealing the AP Decentralisation and Inclusive Development of All Regions Act, 2020, which was intended to establish three capitals for the state.

• The government had earlier hinted that Andhra Pradesh could have three capitals — executive capital in Visakhapatnam, legislative capital in Amaravati and judiciary capital in Kurnool.

• Ever since the CM first mooted the three capitals plan, thousands of farmers, who parted with over 33,000 acres of their rich fertile land for building the Amaravati capital city, took to the streets and launched an agitation, demanding that the trifurcation move be withdrawn.

How the Bill became an Act earlier?

• It was on December 17, 2019 that CM Jagan Mohan Reddy first mooted, in the Legislative Assembly, the idea of having three capitals for the state, on the lines of South Africa.

• On January 20, 2020, the state Assembly passed the Decentralisation Bill, but it got stalled in the Council the next day. On January 22, 2020, the Council referred the Bill to a select committee for deeper examination, prompting the CM to seek abolition of the Council.

• The Assembly again passed the Bill on June 16,2020, but it did not clear the Council hurdle the next day.

• On July 18, 2020, the government sent the Bill, along with the AP Capital Region Development Authority Repeal Bill, to the governor for his assent under Article 197(1) and (2) of the Constitution as a month had elapsed since the Bills were stalled (for the second time) in the Council.

• Governor Biswabhusan Harichandan gave his assent to the Bill on July 31, 2020.

Other states/UTs with multiple capitals

Jammu and Kashmir has two capitals. Srinagar is the summer capital and Jammu is the winter capital. There is a process called Darbar Move - a practice of bi-annual shifting of the state capital between Jammu and Srinagar.

The Darbar Move - under which the state government functions in Jammu during six winter months and in Srinagar during summer - was started by Maharaja Gulab Singh in 1872 to escape extreme weather conditions in the two regions of the state. However, the practice was continued even after Independence with the aim of providing governance benefits to both Kashmir and Jammu regions for six months by turns.

While Jammu and Srinagar cities benefit from this practice as roads and other infrastructure get the basic minimum repairs done on an annual basis, the Darbar Move incurs expenditure of crores of rupees that could have been used for other productive activities every year.

The practice involves moving voluminous files between Jammu and Srinagar and thousands of employees between the two cities in hundreds of buses and trucks.

Mumbai is the capital of Maharashtra and Nagpur is the second capital. Nagpur hosts the winter session of the legislature every year while monsoon and budget sessions are held in Mumbai. As per the Nagpur Pact of 1953, which eventually led to the creation of Maharashtra, Nagpur was accorded the status of second capital. It was decided that one of the sessions of the legislature will be held in Nagpur.

In 2017, the then Himachal Pradesh chief minister, Virbharda Singh, announced Dharamshala as the second capital of the hill state. He said that the people of these areas would benefit from the decision and they would not be required to travel long distances to come to Shimla for official work. Dharamshala already figured prominently in national and international map due to its significance owing to many reasons, including being the abode of Tibetan spiritual head, the Dalai Lama.

In June 2020, Chief Minister Trivendra Singh Rawat formally declared Gairsain in Chamoli district  as the summer capital of Uttarakhand. Gairsain is located in Chamoli district, around 270 km away from Dehradun. The state is divided into two divisions — Garhwal and Kumaon — with 13 districts. The winter capital of Uttarakhand is Dehradun, the largest city of the state.