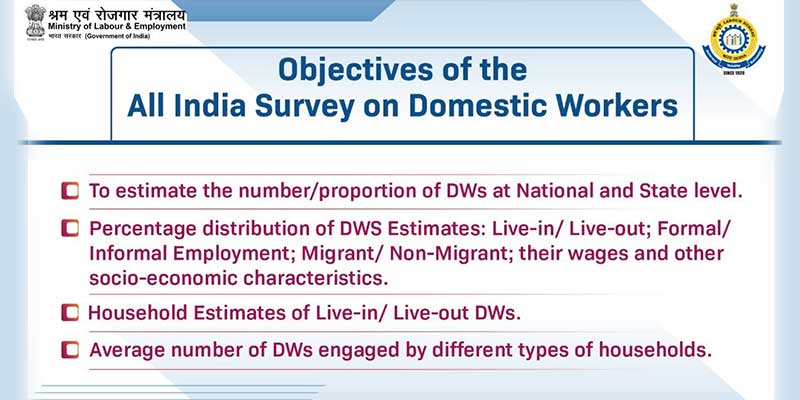 Union Labour Minister Bhupender Yadav flagged off the fieldwork of All India Survey on Domestic Workers and unveiled its instruction manual.

Significance of the survey

• Domestic workers are the third-largest category of workers after agriculture and construction.

• Domestic workers (DWs) constitute a significant portion of total employment in the informal sector. However, there is a lack of data on the magnitude and prevailing employment conditions of domestic workers.

• According to the latest data on the e-Shram portal, around 8.8 per cent of the registered 8.56 crore informal sector workers fall in the category of domestic workers.

• It will help the government understand the significant issues on the certain special and vulnerable segments of labour and will guide effective policymaking. 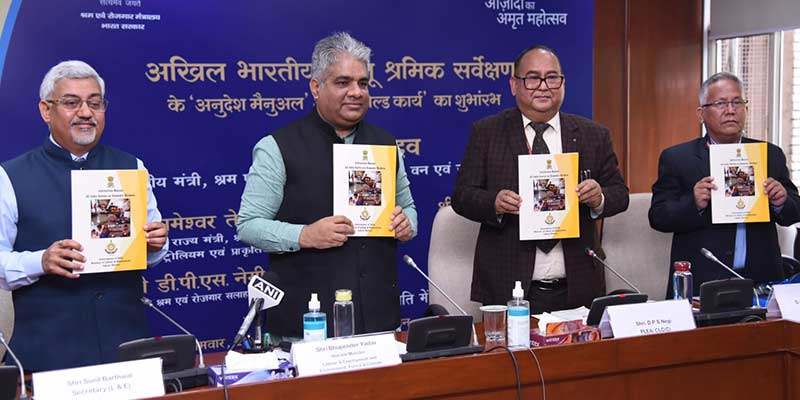 Scope of the survey

• The result of this survey will help the government understand the significant issues about certain special and vulnerable segments of labour and will guide effective policymaking in respect of domestic workers.

• This survey will cover a database of 5.5 lakh households across the country and cover all types of domestic services like cook, driver, housekeeping, tutors (for children), watchmen, etc. This evidence-based study will help the government in policy-making for this segment of workers.

• The result of the All-India Survey on Domestic Workers is expected within  one year.

Objectives of the survey:

Other important points of the survey:

• In addition to this, it will also collect information on domestic workers such as their age of entry, social group, migrant status, vocational training/education, number of households served by domestic workers, activities performed by them, the number of days worked, duration of work, type of remuneration and its frequency, type of contract, among others.

• Information on employer households is also collected such as their preferences of domestic workers regarding gender and marital status, mode of payment of wages, the number of days worked, mode of engagement, whether domestic worker’s services were availed during the COVID-19 pandemic, and medical support given.