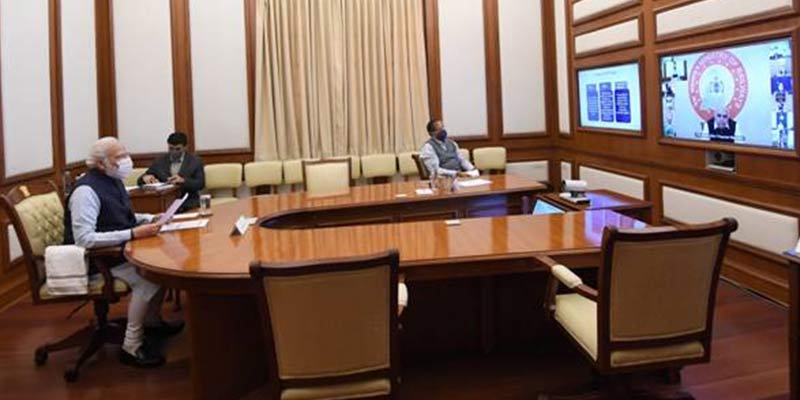 • At the meeting, nine agendas were taken for review, including eight projects and one scheme.

• During the interaction, the PM also reviewed the ‘Poshan Abhiyan’.

• In the 38 editions of PRAGATI meetings, 303 projects having a total cost of Rs 14.64 lakh crore have been reviewed.

• PRAGATI is the acronym for the ICT-based multi-modal platform for Pro-Active Governance and Timely Implementation.

• It is a three-tier system consisting of the PMO, Union government secretaries and chief secretaries of the states.

• The system has been designed by the Prime Minister’s Office (PMO) with the help of National Informatics Center (NIC).

• The platform is aimed at addressing the common man’s grievances, and simultaneously monitoring and reviewing important programmes and projects of the central as well as state governments.

• It offers a unique combination in the direction of cooperative federalism since it brings on one stage the secretaries of government of India and the chief secretaries of the states.

• With this, the Prime Minister is able to discuss the issues with the concerned central and state officials with full information and latest visuals of the ground level situation.

• It is a robust system for bringing e-transparency and e-accountability with real-time presence and exchange among the key stakeholders. It is also an innovative project in e-governance and good governance.