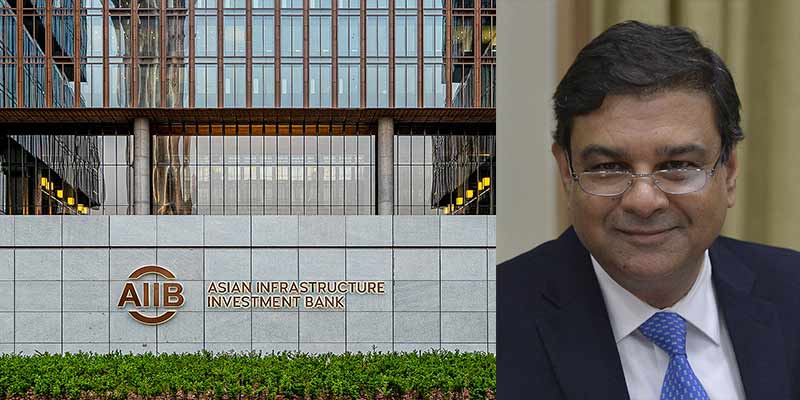 Former RBI Governor Urjit Patel has been appointed as a vice president of the Beijing-based multilateral funding institution AIIB, according to reports.

Patel, 58, will be one of the five vice presidents of the AIIB with a three-year tenure. He is expected to take over his posting next month.

Patel had taken over as the 24th Governor of the Reserve Bank of India (RBI) succeeding Raghuram Rajan on September 5, 2016. Patel resigned in December 2018.

• The Asian Infrastructure Investment Bank (AIIB) is a multilateral development bank whose mission is financing the “infrastructure for tomorrow” — infrastructure with sustainability at its core.

• It began operations in Beijing in January 2016 and has since grown to 105 approved members worldwide representing over 79 per cent of the global population and 65 per cent of global GDP.

• With authorised capital of $100 billion, China is the largest shareholder in the AIIB.

• Its headquarters is situated in Beijing.

• While 75 per cent of the capital is from Asia, several non-Asian regions like Europe, North America, some East African and Latin American countries have also joined the bank as members.

• Working with partners, AIIB meets clients’ needs by unlocking new capital and investing in infrastructure that is green, technology-enabled and promotes regional connectivity.

• In 2018, AIIB was granted Permanent Observer status in the deliberations of both the United Nations General Assembly and the Economic and Social Council, the two development-focused principal organs of the global body.

• India is a founding member of the Asian Infrastructure Investment Bank (AIIB) with the second highest voting share after China. It is headed by former Chinese vice minister for finance Jin Liqun.