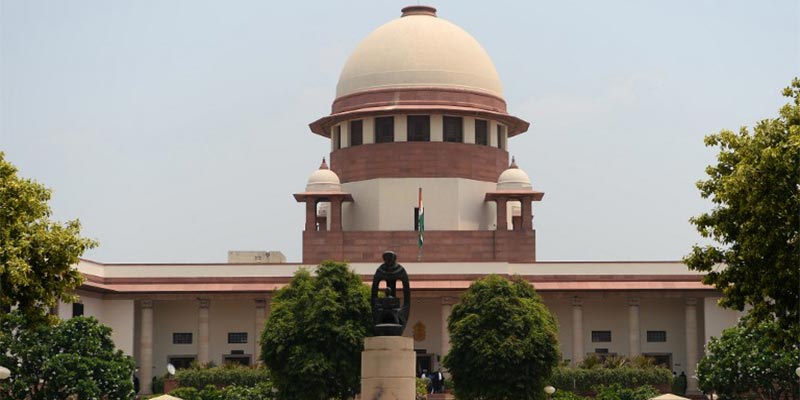 Seeking money for construction of a house is a ‘dowry demand’ which attracts offence under Section 304B of the Indian Penal Code, the Supreme Court said.

The top court was hearing an appeal filed by Madhya Pradesh government against the High Court judgment which set aside conviction and sentence against husband, father-in-law of a woman, who committed suicide at her matrimonial home, under Sections 304-B (dowry death) and 306 (abetment to suicide) of the Indian Penal Code.

Points highlighted by the SC:

• A bench of justices said Section 304-B was inserted in the IPC to combat the social evil of dowry demand that has reached alarming proportions.

• In the light of the provision (Dowry Act) that defines the word ‘dowry’ and takes in its ambit any kind of property or valuable security, in our opinion, the High Court fell into an error by holding that the demand of money for construction of a house cannot be treated as a dowry demand.

• In this context the word ‘dowry’ ought to be ascribed an expansive meaning so as to encompass any demand made on a woman, whether in respect of a property or a valuable security of any nature.

• When dealing with cases under Section 304-B IPC, a provision legislated to act as a deterrent in the society and curb the heinous crime of dowry demands, the shift in the approach of the courts ought to be from strict to liberal, from constricted to dilated.

• The dowry system in India refers to the durable goods, cash, and real or movable property that the bride's family gives to the bridegroom, his parents, or his relatives as a condition of the marriage.

• Recognising the need to address the social evil of dowry, the Dowry Prohibition Act was enacted in 1961.

• The Dowry Prohibition Act, 1961 prohibits and penalizes giving or taking of dowry so as to safeguard women against dowry harassment.

In the Act, dowry is defined as any property or valuable security given or agreed to be given either directly or indirectly:

• By one party to a marriage to the other party to the marriage.

• The Dowry Prohibition Act, 1961 and the Indian Penal Code (IPC) have adequate provisions to tackle the menace.

• It also lays down a built-in implementation mechanism in the form of Dowry Prohibition Officers to ensure effective enforcement of the law.

• ‘Police’ and ‘Public Order’ are state subjects under the Seventh Schedule to the Constitution of India and the responsibility to maintain law and order, protection of life and property of the citizens including investigation and prosecution of crime against women rests primarily with the respective state governments.

• The Protection of Women from Domestic Violence Act, 2005 defines dowry harassment within the purview of domestic violence and provides remedies such as protection order, residential order, etc against it.

• The ministry of women and child development (WCD) undertakes awareness exercises for safety and security of women from time to time. Further, the government, through institutions like the National Commission for Women and State Women Commissions have been spreading awareness through seminars, workshops, etc to sensitize people about the evils of the dowry system, about the various provisions of related laws, etc.