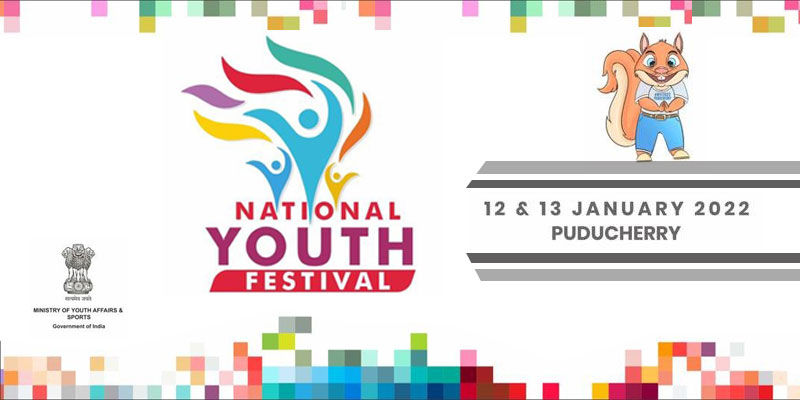 The government celebrates January 12 as National Youth Day to commemorate the birth anniversary of Swami Vivekananda.

During the event, the Prime Minister unveiled selected essays on “Mere Sapno ka Bharat” and “Unsung Heroes of Indian Freedom Movement”. These essays have been selected from submissions by over one lakh youth on the two themes.

The PM also inaugurated a Technology Centre of the MSME ministry, established at Puducherry with an investment of about Rs 122 crore. With focus on the Electronic System Design & Manufacturing (ESDM) sector, this Technology Centre will be equipped with the latest technology. It will contribute towards skilling youth and will be able to train around 6,400 trainees per year.

Modi also inaugurated the Perunthalaivar Kamarajar Manimandapam — an auditorium with an open-air theatre, constructed by the government of Puducherry at a cost of about Rs 23 crore. It would primarily be used for educational purposes, and can accommodate more than 1,000 people.

National Programme for Youth and Adolescent Development (NPYAD) scheme is a component of the Rashtriya Yuva Sashaktikaran Karyakram (RYSK). Under NPYAD, financial assistance is provided to government/ non-government organisations for taking up activities for youth and adolescent development.

Under Promotion of National Integration component of NPYAD, National Youth Festival is organised during the month January every year to commemorate the birth anniversary of Swami Vivekananda (12th January), which is celebrated as National Youth Day.

The Festival is organised in one of the states willing and equipped to host it. The expenditure is shared between the Centre and the host state. The programmes organised as part of the Festival include various cultural programmes (both competitive and non-competitive), youth convention, suvichar, exhibitions, adventure programmes, etc.

The festival aims to shape the minds of India’s youth and transform them into a united force for nation building. It is one of the biggest exercises in social cohesion and intellectual and cultural integration. It aims to bring diverse cultures of India and integrate them into a united thread of ‘Ek Bharat, Shreshtha Bharat’.