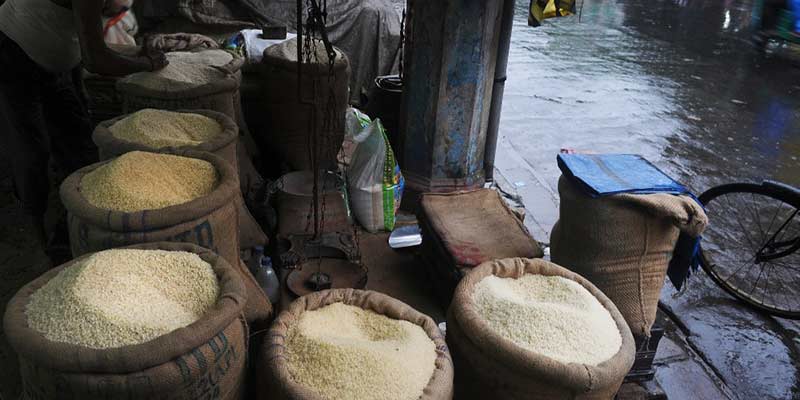 Nearly 20 lakh tonnes of foodgrains have been distributed for free so far to eligible beneficiaries under the fifth phase of Pradhan Mantri Garib Kalyan Anna Yojana (PMGKAY).

Under the fifth phase, which is from December 2021 to March 2022, the food ministry has allocated 163 lakh tonnes of foodgrains to all States/UTs, for the four-month distribution period.

The food department is continuously monitoring the lifting and distribution of foodgrains by all states/UTs on a day-to-day basis.

The reports available from the states/UTs, shows a distribution of about 19.76 lakh tonnes foodgrains to the beneficiaries so far in the fifth phase.

• In March 2020, the government announced the Pradhan Mantri Garib Kalyan Anna Yojana (PMGKAY) for all beneficiaries covered under the National Food Security Act, 2013 (NFSA) as part of the PM Garib Kalyan Package.

• The PMGKAY was provided for three months (April-June 2020) to ameliorate distress caused by the COVID-19 pandemic. However, with the crisis continuing, the programme was extended for another five months (July-November 2020).

• Around 80 crore NFSA beneficiaries were allocated additional 5 kg of foodgrains (wheat or rice), free of cost for a period of 8 months (April-November 2020), thereby ensuring food security of poor/vulnerable beneficiaries/households in the wake of economic disruptions caused by the COVID-19 outbreak in the country.

• After the onset of the second wave of the pandemic, the PMGKAY was once again rolled out for two months (May-June 2021) and was further extended for five months (July-November 2021).

• The total cost of PMGKAY would reach about Rs 2.6 lakh crore, including this extension.

• So far, a cumulative total of about 580 lakh tonnes of foodgrains have been distributed to the beneficiaries.

• Mizoram, Meghalaya, Arunachal Pradesh and Sikkim have been rated as best performing states with regard to distribution of foodgrains under Phase 1 & 2 of PMGKAY.

• Chhattisgarh, Tripura, Mizoram, Delhi and West Bengal have been rated as best performing States with regard to distribution of foodgrains under Phase 3 & 4.

• As many as 12 states/UTs — Andhra Pradesh, Bihar, Dadra and Nagar Haveli and Daman and Diu, Delhi, Haryana, Maharashtra, Karnataka, Punjab, Rajasthan, Telangana, Tripura and UP — reported 98-100 per cent Aadhaar-based foodgrain distribution under Phase 3 and 4 of PMGKAY.