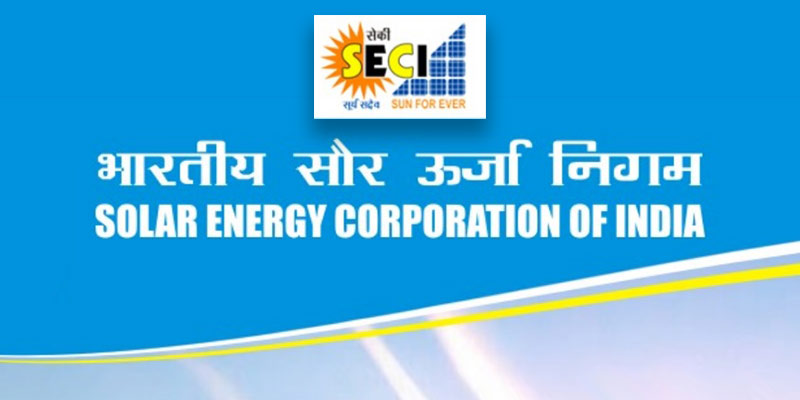 • As part of a mega green initiative, the Union home ministry has decided to set up rooftop solar energy panels in the campuses of the Central Armed Police Forces (CAPF) and the National Security Guard (NSG).

• Accordingly, a Memorandum of Understanding (MoU) was signed between the home ministry and the Solar Energy Corporation of India Limited (SECI).

• On the basis of available data, the SECI has estimated a total solar power potential of 71.68 MW in the campuses of the CAPFs and the NSG.

• The SECI, having expertise in the field of solar power projects, will either directly or through an agency or agencies selected through a competitive bidding process, supports the home ministry in implementing rooftop solar PV power panels.

• Solar Energy Corporation of India (SECI) is a central public sector undertaking (CPSU) under the administrative control of the ministry of new and renewable energy (MNRE), set up on September 20, 2011.

• The company was set up as an implementing and executing arm of the Jawaharlal Nehru National Solar Mission (JNNSM) for development, promotion and commercialisation of solar energy technologies in the country.

• Through an amendment by the government, the company has been converted into a Section-3 company, in 2015, under the Companies Act, 2013.

• In 2015, the mandate of the company was broadened to cover all segments of renewable energy, pursuant to the approval of the government.

SECI is the implementing agency of MNRE for:

i) Promotion of solar projects under the National Solar Mission (NSM).

ii) Setting up of grid-connected rooftop solar projects in the country.

iii) Promotion of floating solar technology as an alternative to land based solar projects in areas with constraints on land availability/usage.

iv) Promotion of large-scale wind power projects in the country.

vi) The scheme for development of solar parks, for providing infrastructural support, such as developing the land and power evacuation facilities, to solar project developers.