Narayan Rane inaugurates Centre of Excellence for Khadi at NIFT 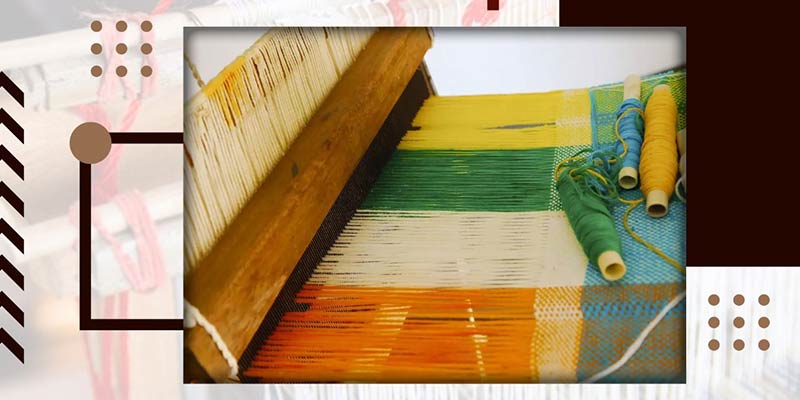 • The CoEK seeks to add the indigenous fabric’s appeal, especially amongst youth, by introducing latest designs and adopting international standard processes and make Khadi a universal and value driven brand.

• The CoEK is set up at NIFT as a hub in Delhi and spokes in Bengaluru, Gandhinagar, Kolkata, and Shillong. The objective is to design apparel, home furnishing and accessories for people of all generations and create benchmarked design processes of global standards of quality, design, and merchandising.

• Khadi, derived from the term khaddar, is a handspun and handwoven cotton cloth, which became one of the symbols of India’s freedom struggle.

• Khadi was a binding force for the masses during the freedom movement.

• Khadi was introduced in order to achieve self-sufficiency and independence from British textiles.

• Mahatma Gandhi started the Khadi movement to generate a source of income for the poverty-stricken masses and later turned it into a powerful symbolic tool against foreign rule. The essence of this movement lies in Gandhi’s understanding of the fabric as something that could uplift the masses. He recognised that rural India carried immense skills and the villages could prosper by becoming a crafts-based society. Therefore, through the introduction of Khadi, he wished to start a process of change whereby the indigenous arts and crafts of India could prosper and become famous across the globe.

• Khadi became popular as the fabric of nationalism, woven with ‘the threads of Swaraj’.

• Thus, khadi was described as ‘the national fabric of India’.

The purpose of Centre of Excellence for Khadi

• A Memorandum of Understanding for setting up of CoEK was signed between Khadi and Village Industries Commission (KVIC) and NIFT.

• The CoEK will work to introduce the latest designs and adopt processes of international standards to create new fabrics and clothing as per the needs of the domestic and global buyers.

• The CoEK will also upskill the khadi institutions to introduce new designs and techniques in the manufacturing process to diversify khadi’s product line.

• In addition to this, the CoEK will also contribute to branding and publicity, visual merchandising and packaging for new khadi products and increasing the global reach of khadi by organising khadi fashion shows and exhibitions in India and abroad.

• The new contemporary designs on the khadi fabric and clothing, prepared by the NIFT, will be uploaded on the CoEK and KVIC websites for commercial usage by khadi institutions with support of the CoEK. A knowledge portal for khadi will also be developed by the CoEK.

• The Khadi and Village Industries Commission (KVIC) was established in 1957 to leverage the unique characteristics of khadi for economic upliftment of rural artisans and integrating the khadi programme with the planning process of the country.

• It is an apex organisation under the ministry of micro, small and medium enterprises (MSMEs), with regard to khadi and village industries within India, which seeks to – “plan, promote, facilitate, organise and assist in the establishment and development of khadi and village industries in the rural areas in coordination with other agencies engaged in rural development wherever necessary”.

• One of the key interventions of KVIC is the development and implementation of ‘Khadi Mark’. It was launched in September 2013 subsequent to notification of the Khadi Certification Regulations 2013. The ‘Khadi Mark’ not only guarantees the genuineness of Khadi products but also promotes Khadi as a brand that connotes social, cultural, and environmental values.

• The KVIC functions with its head office at Mumbai and six zonal offices located at New Delhi, Bhopal, Bengaluru, Kolkata, Mumbai and Guwahati and 45 field offices spread all over the country.