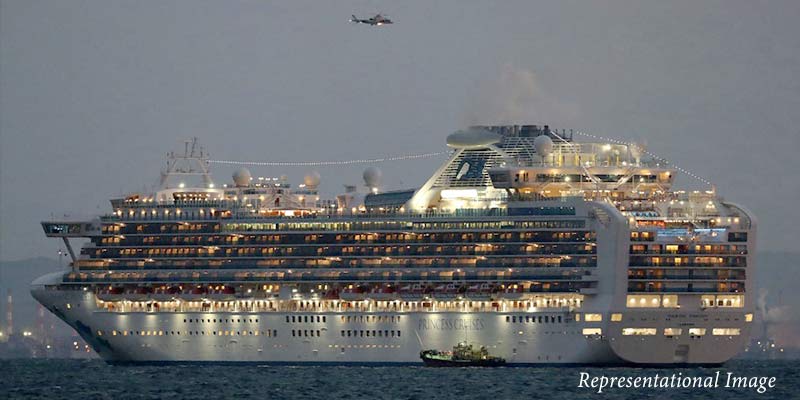 The First Incredible India International Cruise Conference was organised by the ministry of ports, shipping & waterways and Federation of Indian Chambers of Commerce & Industry (FICCI). Strategies for developing India as a cruise hub, policy initiatives and port infrastructure, potential of river cruise tourism, role of technology in the post-pandemic world were some of the key issues deliberated at the two day event.

The government is taking a slew of initiatives to promote river cruise tourism, which include riverfront development, increasing the number of cruise ships to 1,000, infrastructure development for water parks, among others.

The government has set up a high-level committee to create an enabling ecosystem for the development of cruise tourism in the country. The committee comprises government officials and cruise industry players.

What is cruise tourism?

• Cruise tourism is one of the most dynamic and fastest growing components of the leisure industry worldwide.

• Cruise tourism involves an all-inclusive holiday on a cruise ship, whereby the ship calls at several ports or cities on a specific itinerary. It is a tourism product that offers and combines attractions, activities, access, accommodation and amenities. The nature of cruise ships makes them as destinations in themselves, where features and amenities are comparable or even superior to resorts on land.

• The cruise industry is one of the largest growing sectors in the tourism industry globally.

• But this industry, much like airlines, can be heavily dependent on world events and the world economy. It has been heavily impacted by health related concerns like COVID-19 pandemic.

• The coastline of India and its inland waterways have enormous potential to develop cruise tourism, both international and domestic.

• The domestic river cruise industry is at a nascent stage with an initial focus on NW 1 (Ganga) and NW 2 (Brahmaputra) servicing around 13,000 passenger movements in 2019, across 100 cruise trips, accounting for around 1 per cent of the global river cruise market.

• However, this segment of tourism also got impacted due to COVID-19 pandemic and is now looking at revival.

• India aims to increase cruise passenger traffic from 4 lakh at present to 4 million. The economic potential of cruise tourism is expected to go up from $110 million to $5.5 billion in the years to come.

• The Cruise Shipping Policy of the ministry of shipping was approved by the government in June 2008. The objectives of the policy are to make India as an attractive cruise tourism destination with the state-of-the-art infrastructural and other facilities at various ports in the country.

• Identification, diversification, development, and promotion of niche tourism products in the country is the initiative of the tourism ministry to overcome the aspect of ‘seasonality’ and to promote India as a 365 days’ destination, to attract tourists with specific interest, and to ensure repeat visits for the unique products in which India has a comparative advantage.

• The ministry has identified cruise tourism as a niche product for development and promotion.

• To boost the cruise tourism industry in the country, the government has taken several initiatives, including infrastructure upgradation, rationalisation of port fees, removing ousting charges, granting priority berthing to cruise ships, and providing e-visa facilities, among others.

• Development and promotion of tourist destinations and products, including cruise tourism, is primarily the responsibility of the respective state government/Union Territory administration.

• The ministry of tourism provides Central Financial Assistance (CFA) to the central government agencies for development of tourism, including cruise tourism and cruising along rivers on receipt of complete proposals under the Scheme of ‘Assistance to Central Agencies for Tourism Infrastructure Development’. The government has sanctioned Rs 228.61 crore for various projects on developing cruise terminals and related infrastructure at major ports under the scheme.

• The ministry has identified Coastal Circuit as one of the 15 thematic circuits for development under the Swadesh Darshan Scheme and provides financial assistance to various states/UTs for various tourism projects, which may include components related to cruise tourism.

• The facility for e-tourist visa has been extended to passengers arriving at ports of Mumbai, Mormugao, Mangaluru, Cochin and Chennai and immigration counters have been set up at five major ports visited by cruise ships, thus facilitating the cruise passenger arrivals at the seaports.

• To address manpower, coordination and logistic issues for handling cruise vessels at ports, ‘Port Level Facilitation Committees’ have been formed under the respective Chairman of the major ports to facilitate seamless handling of cruise ships and passengers.

• As per Maritime India Vision 2030, of the 12 ports identified for cruise tourism, the infrastructure expectations have been implemented in six of its major ports and are to be taken up for the remaining six in — Kolkata, Porbandar, Ganpatipule, Diu, Somnath and Konark.

• The Maritime Vision 2030 talks about the significant untapped potential river cruise has across national waterways. Linking river and sea tourism between inland and coastal cities as well as with neighbouring countries like Bangladesh, Myanmar and Thailand could provide a unique experience to passengers.