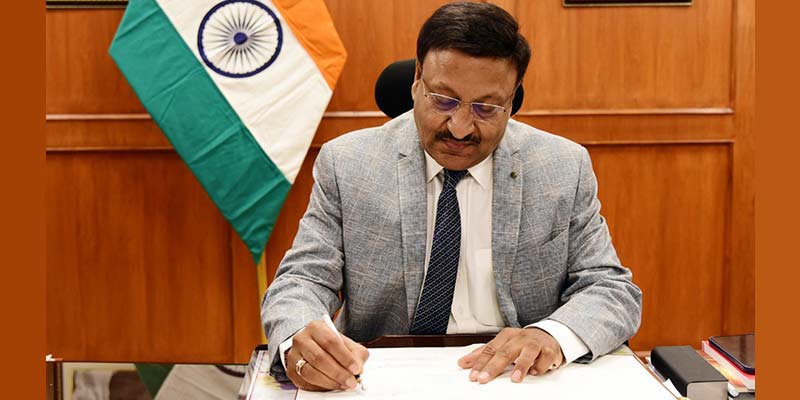 Rajiv Kumar took charge as the 25th Chief Election Commissioner (CEC) on May 15.

Kumar was part of the poll panel as an election commissioner from September 1, 2020.

During his tenure as election commissioner, elections have been held for state Assemblies of Bihar in 2020, Assam, Kerala, Puducherry, Tamil Nadu, West Bengal amidst COVID concerns in March-April 2021 and also elections to Goa, Manipur, Punjab, Uttarakhand, Uttar Pradesh in early 2022.

Kumar succeeds Sushil Chandra, who demitted office on May 14.

The first major task before him will be to hold the President and the Vice President elections.

The elections to the post of President and Vice President are to be held in July-August. The 2024 Lok Sabha polls and several Assembly elections will also be conducted under the watch of Kumar, whose tenure is till February 2025.