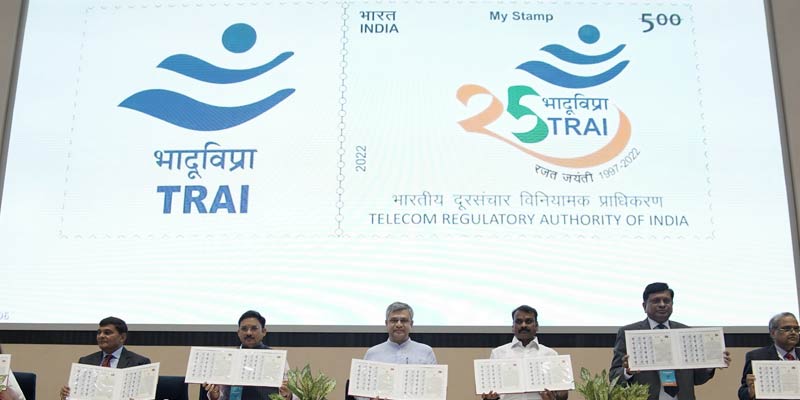 • India is targeting the rollout of 6G telecom network, which will provide ultra high speed internet connectivity, by the end of the decade, Prime Minister Narendra Modi said.

• India currently has 3G and 4G telecom networks and companies are gearing up to launch 5G over the next few months.

• Speaking at the silver jubilee celebrations of the Telecom Regulatory Authority of India (TRAI), he said it is estimated that the 5G network rollout will add $450 billion to the Indian economy.

• Modi inaugurated the country’s first 5G testbed to enable startups and industry players to test and validate their products locally and reduce dependence on foreign facilities.

• The testbed has been set up at a cost of around Rs 220 crore. It has been developed as a multi-institute collaborative project by eight institutes led by IIT Madras. In the absence of a 5G testbed, startups and other industry players were required to go abroad to test and validate their products for installation in a 5G network.

• The testbed facility will be available at 5 different locations.

• The Indian telecom sector is the second largest in the world in terms of the number of subscribers. The sector has witnessed exponential growth over the last few years as a result of many factors such as affordable tariffs, wider service availability, rolling out of new facilities and services such as 3G and 4G, evolving consumption patterns of subscribers, and conducive regulatory environment.

• With the advent of 5G technologies, the future of telecom landscape looks promising, and the evolution of 5G would bring various new applications/technologies like artificial intelligence, quantum computing, virtual reality, etc, to the fore. 5G will generate data at unprecedented velocity and at an immense volume.

• This fast data will fuel a wide range of data-driven services and digital business models. 5G will unleash new business opportunities, and bring substantial benefits through increased productivity, improvement in service delivery, optimum use of scarce resources, as well as the creation of new jobs.

Establishment of TRAI in 1997

• The regulation of telecom services in India finds its genesis in the Indian Telegraph Act, 1885, which grants the central government exclusive privilege to establish telegraph services. The government also has the power to grant licenses to other operators to carry on those services. Until the mid-90s, the government exercised a monopoly over this sector, with the Department of Telecommunications (DoT) being responsible for administering telecom services throughout the country.

• The National Telecom Policy, announced by the government in 1994 (NTP, 1994), sought to change this position by allowing for the participation of private entities. This led to the opening up of basic telecom services in addition to Value Added Services (VAS) such as cellular services and radio paging that had already been thrown open to private participation in 1992.

• The NTP, 1994 brought with it the inevitable need for an independent regulatory framework that would separate the government’s regulatory functions from its service-providing functions, in line with global best practices.

• This led to the creation of the TRAI, with effect from February 20, 1997, pursuant to the provisions of the Telecom Regulatory Authority of India Act, 1997 (TRAI Act).

• The definition of “telecommunication services”, given under the TRAI Act, covers a range of sectors, including basic and cellular telecom services, provision of Internet access and broadcasting services.

• TRAI was given the responsibility of regulating telecom services, including fixation and revision of tariffs, determining QoS standards and fixing the terms and conditions for inter-connectivity between providers.

• The mission of the Telecom Regulatory Authority of India (TRAI) is to create and nurture conditions for the growth of the telecommunication and broadcasting sectors in the country, in a manner and at a pace, which will enable India to play a leading role in the emerging global information society.

• The TRAI Act was amended by an ordinance, effective from January 24, 2000, establishing a Telecommunications Dispute Settlement and Appellate Tribunal (TDSAT) to take over the adjudicatory and disputes functions from TRAI.

• TDSAT was set up to adjudicate any dispute between a licensor and a licensee, between two or more service providers, between a service provider and a group of consumers, and to hear and dispose of appeals against any direction, decision or order of TRAI.

• Following this amendment, TRAI was vested with recommendatory and regulatory functions, while dispute settlement functions were handed over to TDSAT.

• The TRAI (Amendment) Act, 2014 made another change to the terms of appointment of the Chairperson and members. It was clarified that they would require the prior permission of the government in order to accept any position with the government or in the telecommunication industry within a period of two years from the date on which they cease to hold office with TRAI.

The goals and objectives of TRAI are focused towards providing a regulatory regime that facilitates achievement of the objectives of the New Telecom Policy that was adopted in 1999 (NTP, 1999).

• Increasing tele-density and access to telecom in the country at affordable prices.

• Making available telecommunication services which in terms of range, price and quality are comparable to the best in the world.

• Re-balancing tariffs so that the objectives of affordability and operator viability are met in a consistent manner.

• Protecting the interest of consumers and addressing general consumer concerns relating to availability, pricing and quality of service (QoS) and other matters.

• Monitoring the QoS provided by the various operators.

• Providing a mechanism for funding of net cost areas/ public telephones so that Universal Service Obligations (USO) are discharged by telecom operators for the spread of telecom facilities in remote and rural areas.

• Preparing the grounds for smooth transition to an era of convergence of services and technologies.

• Promoting the growth of coverage of radio in India through commercial and non-commercial channels.

• Increasing consumer choice in reception of TV channels and choosing the operator who would provide television and other related services.