India to introduce ‘made in India’ skin test for TB 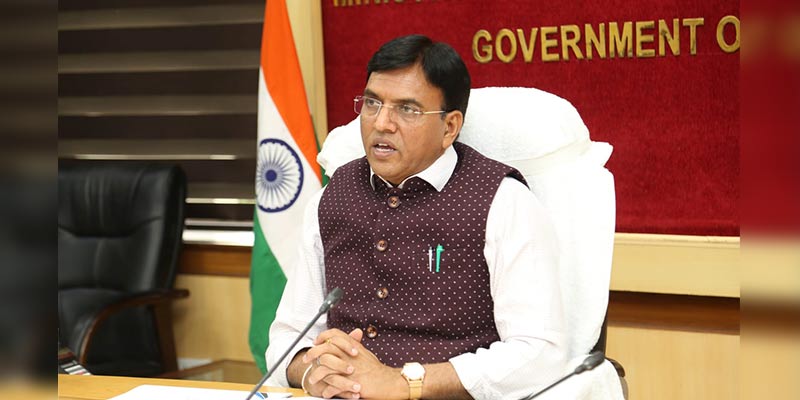 A newly approved skin test for tuberculosis diagnosis, called c-TB, will soon be introduced in the country, Union Health Minister Mansukh Mandaviya said. The cost-effective kit made in India will be of immense benefit to other high burden countries as well.

The minister made the announcement while addressing the 35th board meeting of the Stop TB Partnership through video-conferencing.

He also informed that a new initiative — ‘Adopt people with TB’ —  will be launched this year based on Indian values of collectivism to call upon corporates, industries, organisations, political parties and individuals to come forward and adopt TB-infected people and families, and provide them nutritional and social support.

• Tuberculosis (TB) is a communicable disease that is a major cause of ill health, one of the top 10 causes of death worldwide and the leading cause of death from a single infectious agent (ranking above HIV/AIDS).

• TB is caused by the bacillus Mycobacterium tuberculosis, which is spread when people who are sick with TB expel bacteria into the air, for example, by coughing.

• The disease typically affects the lungs (pulmonary TB) but can also affect other sites (extrapulmonary TB).

• TB is curable and preventable. About 85 per cent of people who develop TB disease can be successfully treated with a 6-month drug regimen.

• TB treatment has averted more than 63 million deaths since 2000, although with access still falling short of universal health coverage (UHC), many millions have also missed out on diagnosis and care.

• According to Global Tuberculosis Report 2020, an estimated 10 people fell ill with TB in 2019, a number that has been declining very slowly in recent years.

• Geographically, most people who developed TB in 2019 were in the WHO regions of South-East Asia (44 per cent), Africa (25 per cent) and the Western Pacific (18 per cent), with smaller percentages in the Eastern Mediterranean (8.2 per cent), the Americas (2.9 per cent) and Europe (2.5 per cent).

• According to the India TB Report 2020, as many as 24.04 lakh tuberculosis cases were notified in 2019, registering a 14 per cent increase over the previous year.

• Nikshay Poshan Yojana has been implemented from April 1, 2018. The government of India has committed Rs 600 crore for the provision of nutritional support of Rs 500 per month as Nikshay Poshan Yojana to all TB patients through direct benefit transfer. Nearly 38 lakh beneficiaries have been paid incentives totalling more than Rs 553 crore till December 2019.

• The health ministry has established an inter-ministerial coordination committee with representation from 18 ministries including ministry of tribal affairs, ministry of women and child development, ministry of social justice & empowerment and ministry of labour & employment, etc for smooth linkages between the TB programme and various ministries.