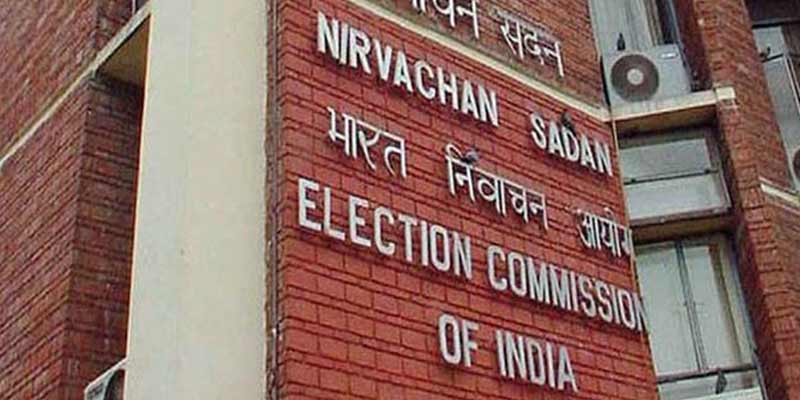 • The Election Commission decided to delete from its register 111 political parties that were found to be non-existent during a verification exercise aimed at cleaning up the system.

• The action came after chief electoral officers (CEOs) of states had reported that these ‘Registered Unrecognised Political Parties’ (RUPPs) either have been found to be non-existent on verification or the letters issued by authorities to verify their addresses and communication details had been returned as undelivered by the postal department.

• Subsequently, the EC decided to withdraw various benefits accorded to these parties under the Election Symbols (Reservation and Allotment) Order, 1968, including allocation of common election symbol.

• Earlier this month, the EC had deleted from its register 87 such non-existent political parties.

• The poll panel had been pushing the government to allow it to de-register political parties. On multiple occasions, it has written to the law ministry to amend the election law to give it the power to de-register so that it can deter the parties that indulge in financial and other irregularities.

• A list of RUPPs that have not submitted their contribution reports in FY 2017-18, 2018-19 and 2019-20 has been shared with the revenue department for taking all consequential action as per Representation of the People Act read with the relevant provisions of the IT Act 1961.

• A reference has also been sent to the department of revenue for necessary legal and criminal actions against three such parties involved in serious financial impropriety.

• Another list of 66 RUPPs which have claimed income tax exemption without submitting contribution reports as mandated under law has also been shared with the Revenue Department.

• The poll panel said any Registered Unrecognised Political Party aggrieved by the decision can approach the CEO concerned within 30 days along with all evidence of existence, year-wise annual audited accounts, contribution report, expenditure report and updated list of office-bearers.

How is a political party recognised?

• Any Indian citizen who is more than 25 years old and is registered as a voter can contest elections even without forming a party.

• Similarly, associations can also contest elections without getting registered by the Election Commission. They, however, will not be identified as political parties and hence will not be eligible for availing of benefits under the provisions of the Representation of the People Act, 1951 (RPA).

• There are many benefits of registering a party. Firstly, the RPA allows political parties to accept contributions voluntarily offered to it by any person or company other than a government company.

• Registered political parties, in course of time, can get recognition as state party or national party subject to the fulfilment of the conditions prescribed by the EC in the Election Symbols (Reservation and Allotment) Order, 1968, as amended from time to time.

Conditions for recognition as a state party

i) The party has to win 3 per cent of seats in the legislative Assembly of the state in the General Election.

ii) The party has to win one Lok sabha seat for every 25 Lok Sabha seats allotted for the state in the General Election.

iii) The party has to secure a minimum of 6 per cent of votes in a state and in addition it has won one Lok Sabha or two Legislative Assembly seats in elections.

iv) The party has to secure 8 per cent of votes in a state in General Election to Lok Sabha or Legislative Assembly.

Conditions for recognition as a national party

A political party shall be treated as a national party if it fulfils any of the following conditions:

ii) It also has to have at least 2 per cent of the total Lok Sabha seats and its candidates come from not less than three states.

iii) It is recognised as a state party in at least four states.

Both national and state parties have to fulfil these conditions for all subsequent Lok Sabha or state elections. Else, they lose their status.

Benefits of getting recognition

• They get broadcast/telecast facilities over All India Radio / Doordarshan during General Elections.