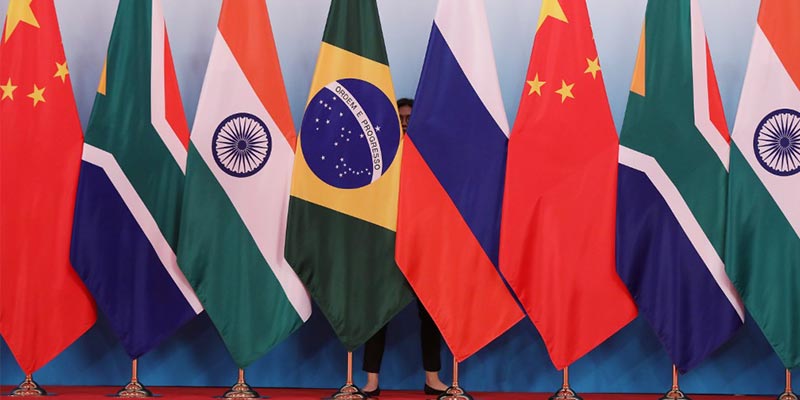 • China is hosting the summit in its capacity as the chair of the grouping for the current year.

• Discussions during the 14th BRICS Summit are expected to cover intra-BRICS cooperation in areas such as counter-terrorism, trade, health, traditional medicine, environment, science and technology, and innovation, agriculture, technical and vocational education and training, and MSMEs.

• Discussions are also likely on issues like reform of the multilateral system, combating the COVID-19 pandemic and global economic recovery, amongst others.

• The BRICS has become a platform for discussing and deliberating on issues of common concern for all developing countries. The grouping has regularly called for reform of the multilateral system to make it more representative and inclusive.

• The BRICS nations or Brazil, Russia, India, China and South Africa form the five key pillars of south-south cooperation and are the representative voice of emerging markets and developing countries in the global forums such as the G20.

• The acronym BRIC was first used in 2001 by Goldman Sachs in their Global Economics Paper, ‘The World Needs Better Economic BRICs’ on the basis of econometric analyses projecting that the four economies would individually and collectively occupy far greater economic space and would be amongst the world’s largest economies in the next 50 years or so.

• The leaders of BRIC (Brazil, Russia, India, and China) countries met for the first time in St. Petersburg, Russia, on the margins of the G8 Outreach Summit in July 2006. Shortly afterwards, in September 2006, the group was formalised as BRIC during the First BRIC Foreign Ministers’ Meeting, which met on the sidelines of the General Debate of the UN Assembly in New York City.

• After a series of high level meetings, the first BRIC summit was held in Yekaterinburg, Russia on June 16, 2009.

• It was agreed to expand BRIC into BRICS with the inclusion of South Africa at the BRIC Foreign Ministers meeting in New York in September 2010. Accordingly, South Africa attended the third BRICS Summit in Sanya on April 14, 2011.

• In 2014, the BRICS nations established the New Development Bank (NDB). It has an initial authorised capital of $100 billion and initial subscribed capital of $50 billion of which $10 billion is paid-in capital.