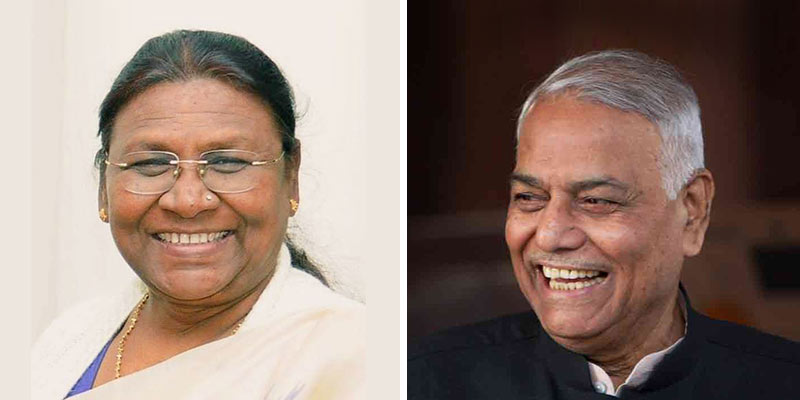 The BJP-led NDA named Droupadi Murmu, a tribal leader from Odisha, as its candidate for the  presidential election, while former Union minister Yashwant Sinha was declared as a joint nominee by major opposition parties.

The presidential election would be held on July 18 to elect a successor to incumbent Ram Nath Kovind and the result would be out on July 21. 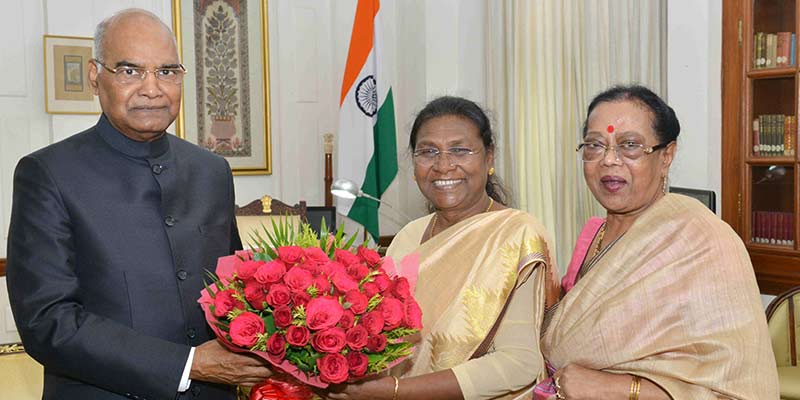 From a junior assistant to presidential candidate

• Hailing from north Odisha’s district of Mayurbhanj, she started her career as a junior assistant in the state secretariat in Bhubaneswar in the water resources department, after completing her graduation in arts at the Rama Devi College, which is now a university.

• If elected, Murmu will be the first tribal woman to be President of India.

• The announcement of Murmu’s candidature came a day after she celebrated her 64th birthday.

• Born in the Santhal community, Murmu began her political career as a councillor in Rairangpur Nagar Panchayat in 1997 and rose through the ranks to become a minister in the Odisha government in 2000 and later the governor of Jharkhand in 2015.

• A two-term former MLA from Rairangpur, Murmu held on to her Assembly seat in 2009 when the BJD had snapped ties with the BJP weeks ahead of the state elections which were swept by Chief Minister Naveen Patnaik.

• Born on June 20, 1958, Murmu also holds the distinction of becoming the first woman governor of Jharkhand.

• If elected, Murmu will also be the first president to be born after Independence.

• She has served as an honorary assistant teacher in the Shri Aurobindo Integral Education Centre in Rairangpur.

• Murmu was awarded the Nilkanth Award for the Best MLA of the year in 2007 by the Odisha Legislative assembly.

• She has diverse administrative experience having handled ministries such as transport, commerce, fisheries and animal husbandry in the Odisha government.

• In the BJP, Murmu was the vice president and later president of the Scheduled Tribe Morcha in Odisha. She was elected as the district president of Mayurbhanj (West) unit of the BJP in 2010 and re-elected in 2013. She was also named as a member of the BJP National Executive (ST Morcha) the same year.

• She held the post of district president till April 2015 when she was appointed as the governor of Jharkhand. 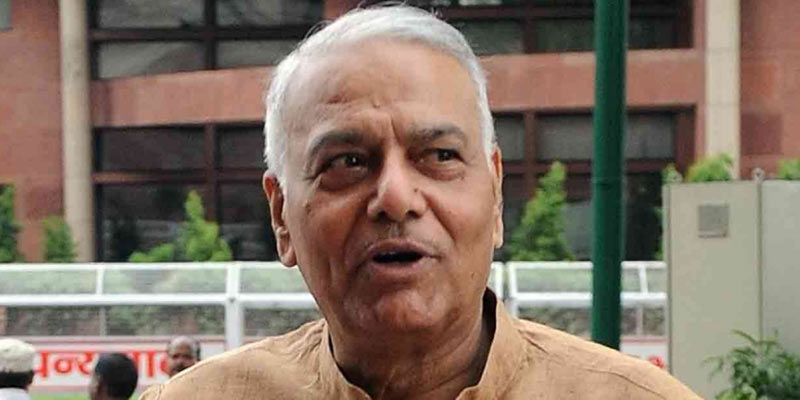 • Former Union minister Yashwant Sinha will be the consensus presidential candidate of several opposition parties, including the Congress, the TMC and the Samajwadi Party.

• Born in Bihar and a Bihar-cadre IAS officer, he quit the administrative service after 24 years in 1984 and joined the Janata Party whose leader Chandra Shekhar took a liking to him, considered competent, articulate and clear-headed. He had also served as a principal secretary to the then Bihar chief minister Karpoori Thakur, also a socialist stalwart.

• Sinha was soon entrusted with the key position of general secretary and made his debut in Rajya Sabha in 1988.

• Various opposition leaders, including Chandra Shekhar, joined hands to form the Janata Dal to take on the Congress in the 1989 poll, and Sinha followed his mentor when he split the party to topple the V.P. Singh government.

• As fortunes of Chandra Shekhar declined and the BJP emerged as the principal challenger to the Congress, Sinha joined the party under the influence of saffron stalwart L.K. Advani, with whom he shared a good bond.

• He was given key responsibilities, including the leader of opposition in Bihar, and later won Lok Sabha poll from Hazaribagh in 1998, the year Vajpayee led his party to form its first regular government after the 13-day stint in 1996 when he resigned after failing to put together a majority in the House.

• He remained Finance Minister till 2002 and then became Minister of External Affairs.

• It was during his term as Finance Minister that the colonial practice to present the Union Budget at 5pm was junked.

• The BJP denied him a Lok Sabha ticket in 2014 and instead fielded his son Jayant Sinha. He quit the BJP in 2018, and joined the Trinamool Congress in 2021.