Indian Army to hold exercises with armies of Oman, Vietnam 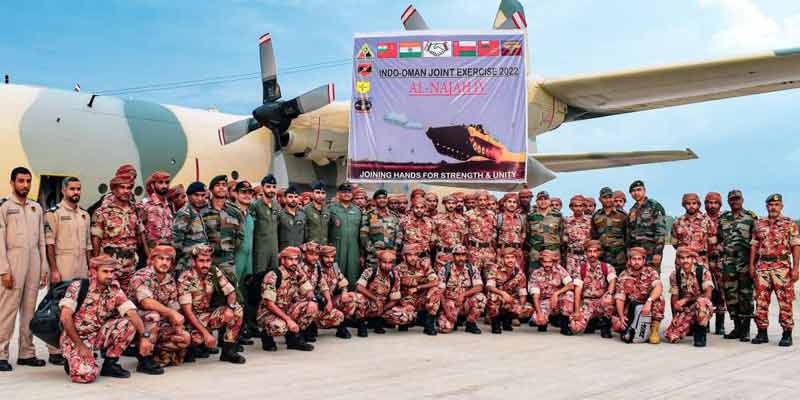 • The third edition of Vietnam-India bilateral army exercise — Ex VINBAX 2022 — will be conducted at Chandimandir from August 1-20.

• The Indian Army is being represented by troops from the 105 Engineer Regiment.

• The previous edition of the bilateral exercise was conducted in Vietnam in 2019.

• It was a major milestone in strengthening the bilateral relations between India and Vietnam.

• India and Vietnam share a Comprehensive Strategic Partnership and defence cooperation is a key pillar of this partnership. Vietnam is an important partner in India’s Act East policy and the Indo-Pacific vision.

• The fourth edition of India-Oman joint military exercise between contingents of Indian Army and the Royal Army of Oman will begin on August 1, with a focus on counter-terror cooperation.

• The exercise — AL NAJAH-IV — will take place in the Mahajan field firing ranges in Rajasthan from August 1 to 13.

• A 60-member team from the Royal Army of Oman has arrived at the site of the exercise.

• The joint military exercise aims to enhance the level of bilateral defence cooperation.

• The Indian Army will be represented at the exercise by troops from the 18 Mechanised Infantry Battalion. The previous edition of the exercise was organised in Muscat in March 2019.

• The scope of the exercise includes professional interaction, mutual understanding of drills and procedures, the establishment of joint command and control structures and elimination of terrorist threats.