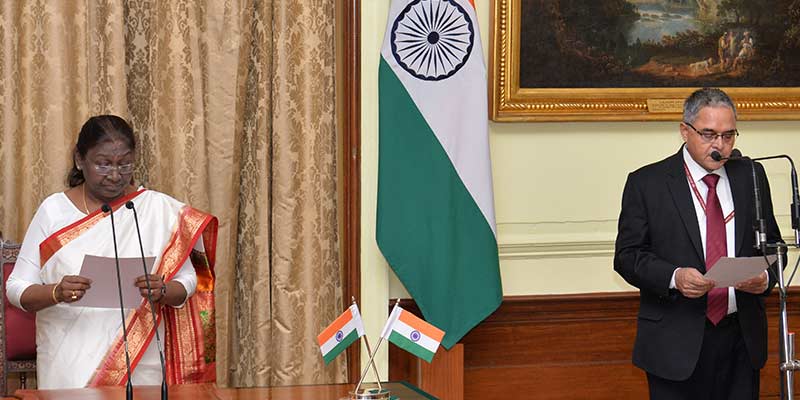 • With these appointments, the Central Vigilance Commission is in its full strength now.

• The ill-effects of corruption are well known. It undermines our developmental efforts and weakens democratic institutions. Corruption is manifested in various forms such as bribery, nepotism, willful action or willful inaction to benefit someone or to deny benefit to someone known or unknown, favouritism, failure to follow laid down processes leading to unintended benefit to someone or denial of benefit to the deserving.

• Efficient vigilance administration, with its aim of transparent, ethical, objective, accountable and responsive system of governance would ensure effective anti-corruption and preventive measures, thereby eliminating the possibility of indulging in corrupt and unfair practices by government servants.

• The Central Vigilance Commission (CVC) is the apex agency to oversee and supervise the vigilance administration of the organisations owned or controlled by Union of India and covered under the advisory jurisdiction of the Commission.

• As an institution, the CVC has evolved since it was first set up through a resolution of the government of India in 1964.

• The CVC was set up by the government in February 1964 on the recommendations of the Committee on Prevention  of Corruption headed by K. Santhanam, to advise and guide central government agencies in the field of vigilance.

• The Central Vigilance Commission Act came into force in September 2003.

• With its rich experience in formulating and implementing policies relating to overseeing Vigilance Administration, the Commission’s emphasis is on putting in place an effective mechanism to fight corruption and bring about fair play and transparency.

• The Commission consists of Central Vigilance Commissioner as chairperson and two vigilance commissioners as members.

• The appointment of the Central Vigilance Commissioner as well as that of the vigilance commissioners is made by the President of India, in accordance with the provisions under Section 4 of the CVC Act, 2003, on the recommendations of a Committee consisting of the Prime Minister, the minister of home affairs and the Leader of the Opposition in the Lok Sabha. When no such Leader has been so recognised, the Leader of the single largest group in opposition of the government in the House of the People shall be a member of the Committee.

• The Central Vigilance Commissioner and vigilance commissioners hold office for a term of four years from the date on which they enter office or till attaining the age of 65 years, whichever is earlier.