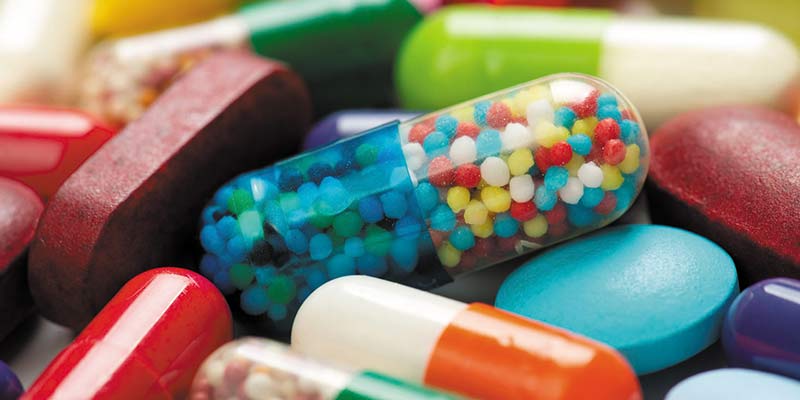 The Department of Pharmaceuticals has given in-principle approval to the proposals of Himachal Pradesh, Gujarat and Andhra Pradesh to set up bulk drug parks.

As per the proposals submitted by the states, the park will come up in Una district of Himachal Pradesh, Bharuch district of Gujarat and East Godavari District of Andhra Pradesh.

• The Indian pharmaceutical industry is the third largest in the world by volume. However, despite this achievement, India is significantly dependent on import of basic raw materials — bulk drugs — that are used to produce medicines.

• In some specific bulk drugs, the import dependence is 80 to 100 per cent. Continuous supply of drugs is necessary to ensure delivery of affordable health care to the citizens.

• Any disruption in supplies can have a significant adverse impact on drug security, which is also linked to the overall economy of the country. Self-sufficiency in manufacturing of bulk drugs is highly required.

• The government strives to minimise the country’s dependence on imports and to give fillip to indigenous manufacturing.

• In order to make the country self-reliant in APIs and drug intermediates, the Department of Pharmaceuticals is implementing various schemes and one of the key interventions is the scheme for bulk drug parks.

i) The Production Linked Incentive (PLI) scheme for promotion of domestic manufacturing of critical Key Starting Materials (KSMs)/ Drug Intermediates (DIs) and Active Pharmaceutical Ingredients (APIs) in India, with a financial outlay of Rs 6,940 crore and the tenure from FY 2020-2021 to FY 2029-30. It provides financial incentive for 41 identified products. A total of 51 applicants have been selected under the scheme.

ii) The PLI Scheme for Pharmaceuticals, with a financial outlay Rs 15,000 crore and the tenure from FY 2020- 2021 to FY 2028-29, provides for financial incentive to 55 selected applicants for manufacturing of identified products under three categories for a period of six years. The eligible drugs under this scheme include APIs.

iii) The Scheme for Promotion of Bulk Drug Parks, with a financial outlay of Rs 3,000 crore and the tenure from FY 2020-2021 to FY 2024-25, provides for financial assistance to three states for establishing bulk drug parks.

• India is one of the major producers of Active Pharma Ingredients (API) or bulk drugs in the world.

• The country exported bulk drugs/drug intermediates worth Rs 33,320 crore in the financial year 2021-22.

• Most of the imports of the bulk drug/APIs being done in the country are because of economic considerations.

• States will be selected through a challenge method. The states interested in setting up the parks will have to ensure assured 24x7 supply of electricity and water to the bulk drug units located in the park and offer competitive land lease rates to bulk drug units in the park.

• The location of the proposed park from environmental angle and logistics angle would be taken into account while selecting the states.

• The ease of doing business ranking of the state, incentive policies applicable to the bulk drug industry, availability of technical manpower, availability of pharmaceutical/chemical clusters will also be factored in while selecting the states.

• Maximum assistance under the scheme for one bulk drug park would be limited to Rs 1,000 crore.

• The grant-in–aid will be released in four instalments. First three instalments will be 30 per cent each and the last will be 10 per cent of the grant-in-aid.

Under the scheme, financial assistance would be provided for creation of common infrastructure facilities like:

• The common infrastructure facilities created under the scheme will help reduce the manufacturing cost of bulk drugs and also enhance the competitiveness of the domestic industry.